Work on a £12.8 million office building redevelopment in Woking is has been completed by Gilbert-Ash at Victoria Gate on behalf of Aviva Investors.

Designed by international design practice Scott Brownrigg, the project involved extending each level of the eight-storey commercial office and retail facility, as well as adding a new floor and increasing the building capacity by 25%. 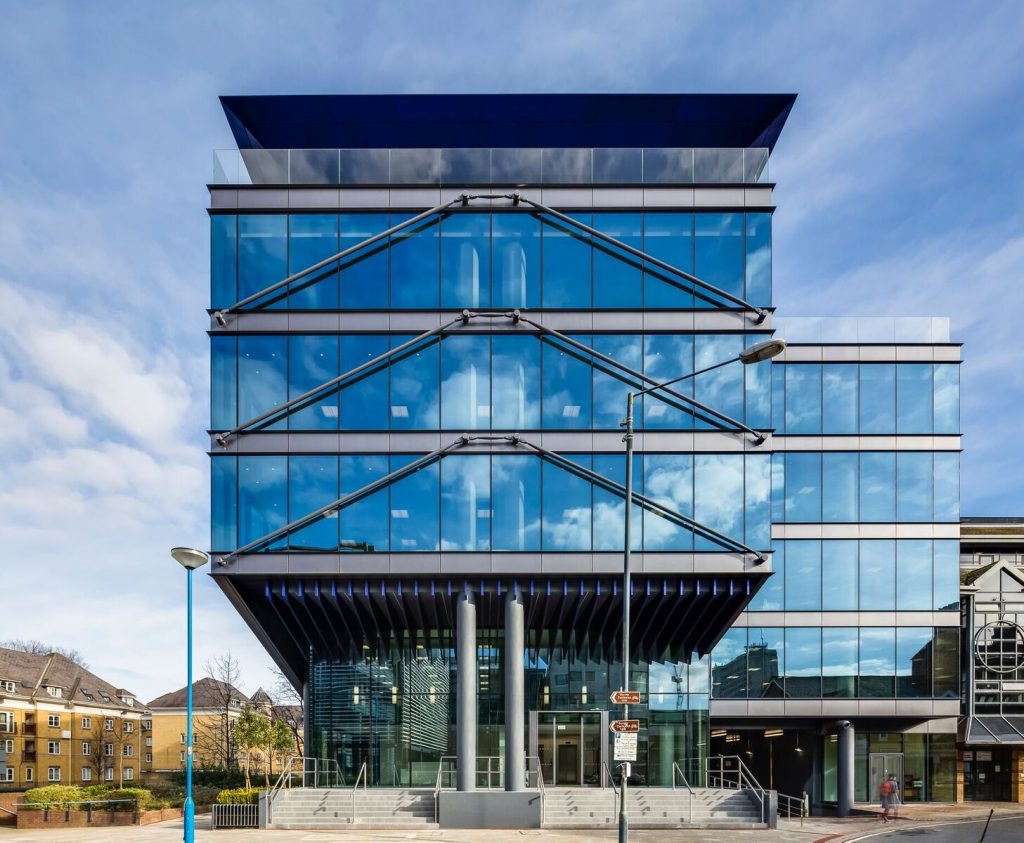 In addition, the original pitched roof has been replaced and the additional floor now incorporates an open roof terrace, enabling an improved working environment for tenants including 360-degree views of the town.

Gilbert-Ash stated the double height reception area is set back at ground and first floor levels from the main building façade; highlighted with a high-end anodized finish. The revitalised building has been stripped back to its original frame to reveal a modern, progressive exterior, adding to its aesthetic appearance and increasing its appeal to the competitive commercial market. A full height, glazed atrium has also been created at the centre of the scheme, flooding the lower floors with light. A curtain wall system with high-specification glass has also incorporated, enhancing the office experience for the building’s end-users. 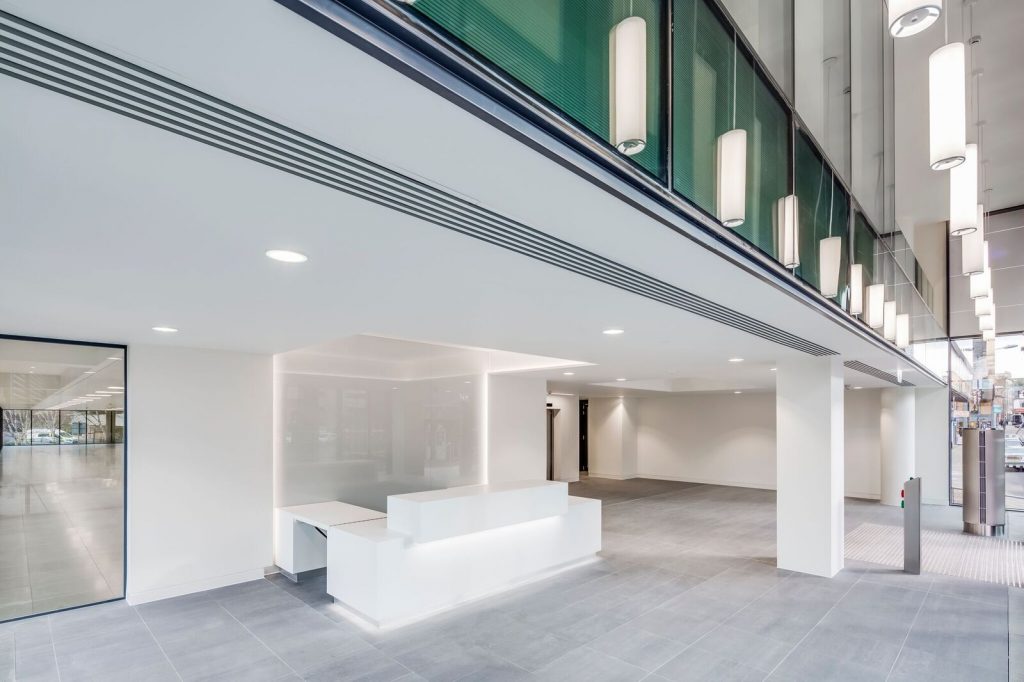 Emmett Holmes, Gilbert-Ash Project Manager, said: “It has been a very enjoyable experience working closely with Aviva Investors and Scott Brownrigg to refurbish and truly revive Victoria Gate, providing a stand-out, flexible space for its occupants. With a comprehensive extension, innovative façade and carefully considered fit out, we are proud of the unique working environment created in the heart of Woking.”

Ed Hayden, Scott Brownrigg Director, said: “We were very excited to be given the opportunity to revisit one of our original office developments from 1985 and bring it into the 21st Century with Gilbert-Ash. The original building provided cutting edge office space in the 1980’s and we were charged with re-imagining how the building could evolve for 2018 and recent developments in BCO standards.”