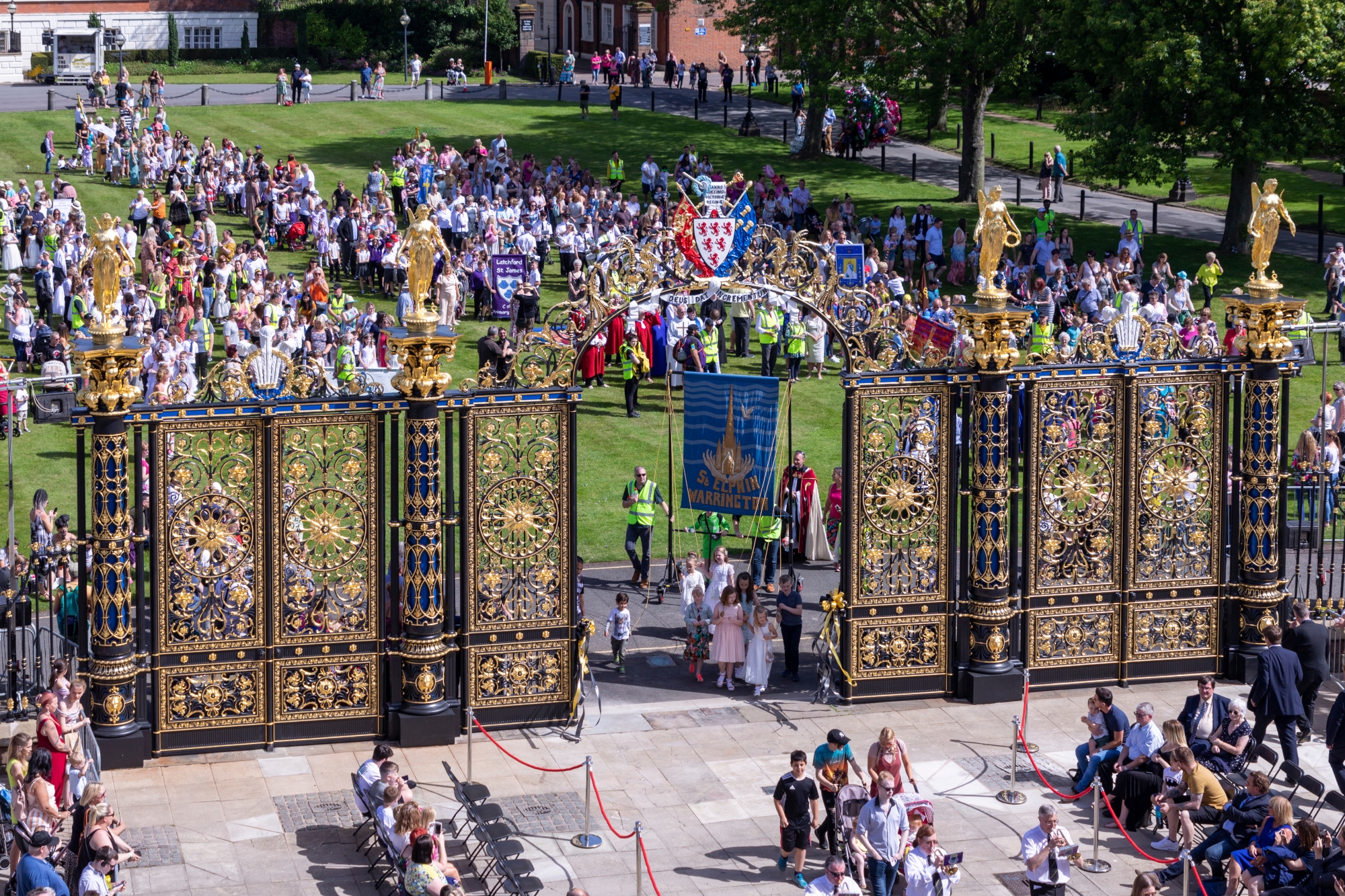 Originally presented to the town in 1895, the Golden Gates are an iconic symbol of Warrington, and a major landmark in the borough’s cultural and civic heart. The gates are afforded statutory protection as a Grade II* listed structure along with their associated gate piers and lamps. The setting is further designated as the Town Hall Conservation Area. 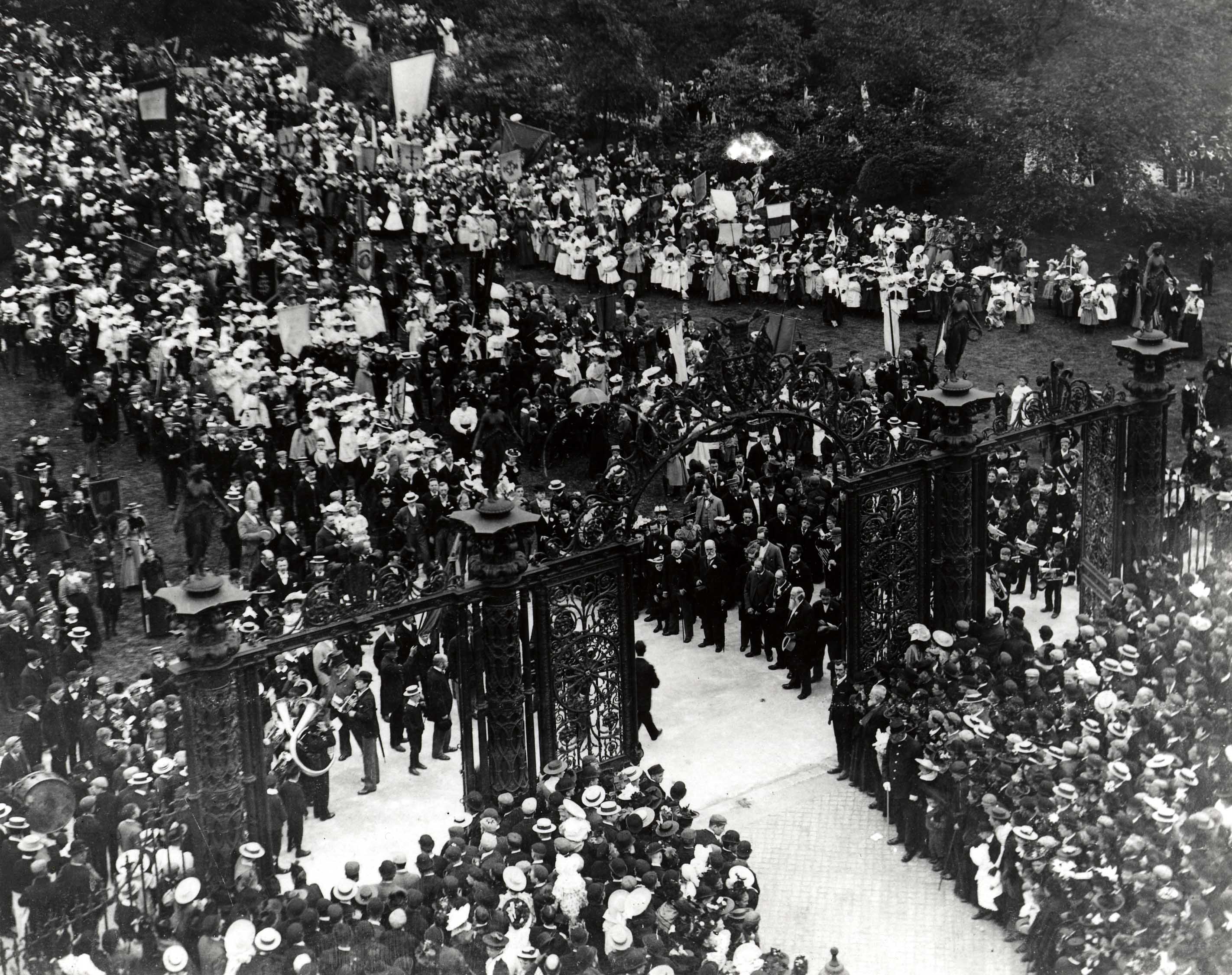 The restoration carried out by specialist contractor Hall Conservation Limited is a testament to 21st Century techniques and technologies which, combined with traditional skills and thousands of man hours removing corrosion, re-painting, casting, forging and fabricating new components, have carefully restored this structure; a 19th Century exemplar of Coalbrookdale’s abilities in cast iron.

Prior to their removal in October 2018, a 3D laser scan survey produced a sub millimetre high-resolution digital model of the gates. Once fully dismantled, individual components of the gates were also laser scanned at high resolution. Some elements beyond economic repair were re-created using 3D printing to form plastic replicas that were then sent to the foundry to create moulds allowing casting off new components. Some more complex components were replicated directly from the laser scan data by additive manufacturing and were printed in aluminium. 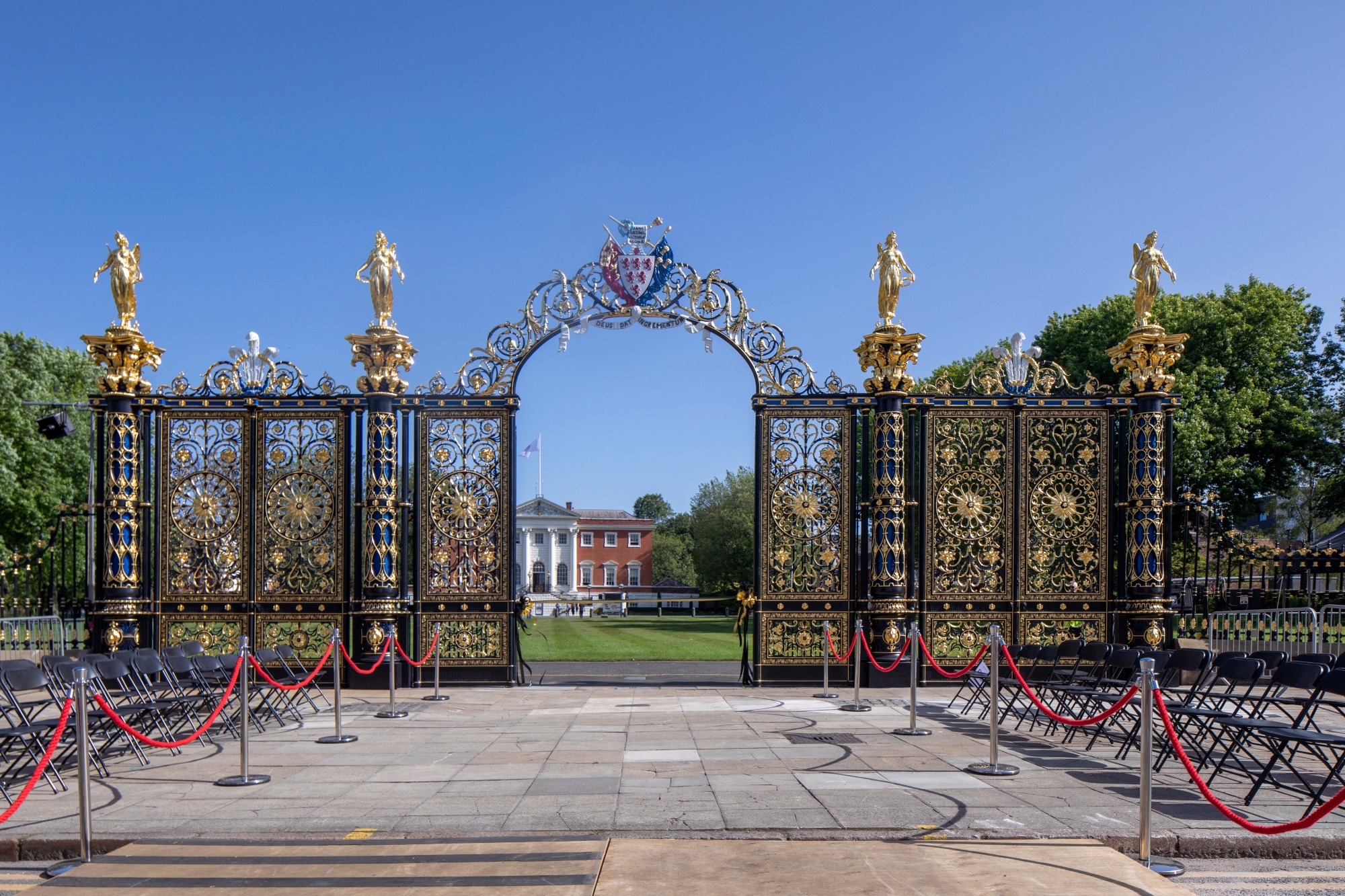 With Warrington Borough Council supporting a conservation-based approach, the project has not only recorded the Grade II* listed structure in great detail, but work has been undertaken that conserves and enhances the gates, ensuring them many more years as a much-loved symbol of Warrington’s civic pride. 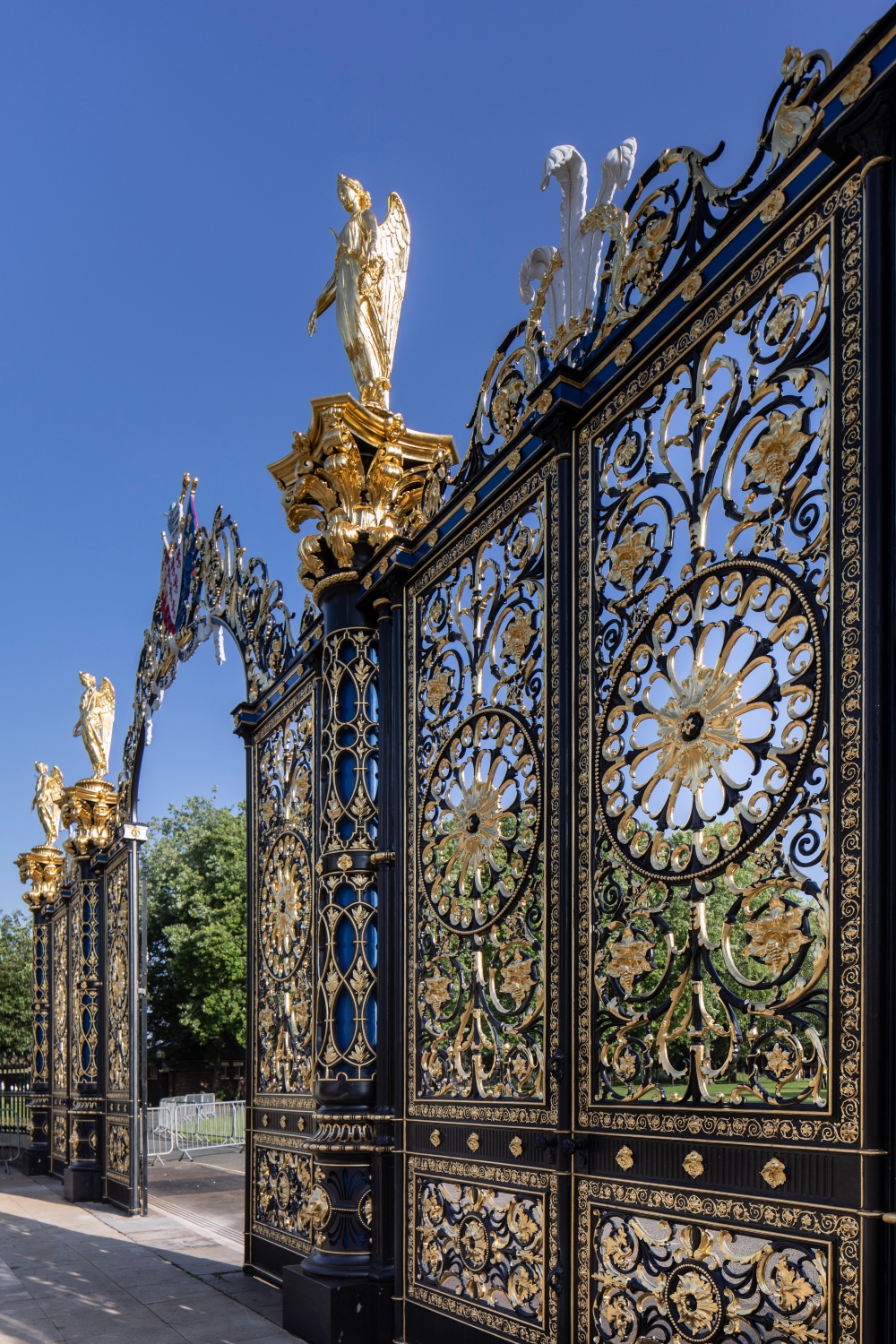 Fay Newham, Associate at Ramboll, said: “Our aim was to deliver a high standard of repair and leave a full and detailed record for the next generation. The realisation of these objectives has been made possible with extensive conservation experience and 21st Century technology and techniques, which have enabled us to re-create intricate components accurately, and re-assemble with concealed fixings and strengthening. The Golden Gates were originally created by the Coalbrookdale Company to showcase their skills at the Great Exhibition in 1862, and today no-one could cast such large, complex pieces, so we have had to take great care with them. It is a special project not only to the Town of Warrington but also for us, as conservation engineers”.

To mark the special event, the family of Frederick Monks, the man who originally donated the gates to Warrington in the late 19th century, will be attending the ceremony and procession. Also in attendance will be Mark Edwards, a painter who worked on the gates when they were last restored in the 1970s.

Mayor of Warrington, Cllr Wendy Johnson, said: “Walking Day is a fantastic Warrington tradition. It’s great to see so many people and families join in year after year, filling the town centre with life.”

“This year is particularly special for Warrington residents with the rededication of the Golden Gates, and we’re delighted to be joined by guests who have personal and family connections with this iconic symbol of Warrington.”