£3 billion blown on over budget renovations as movers underestimate costs 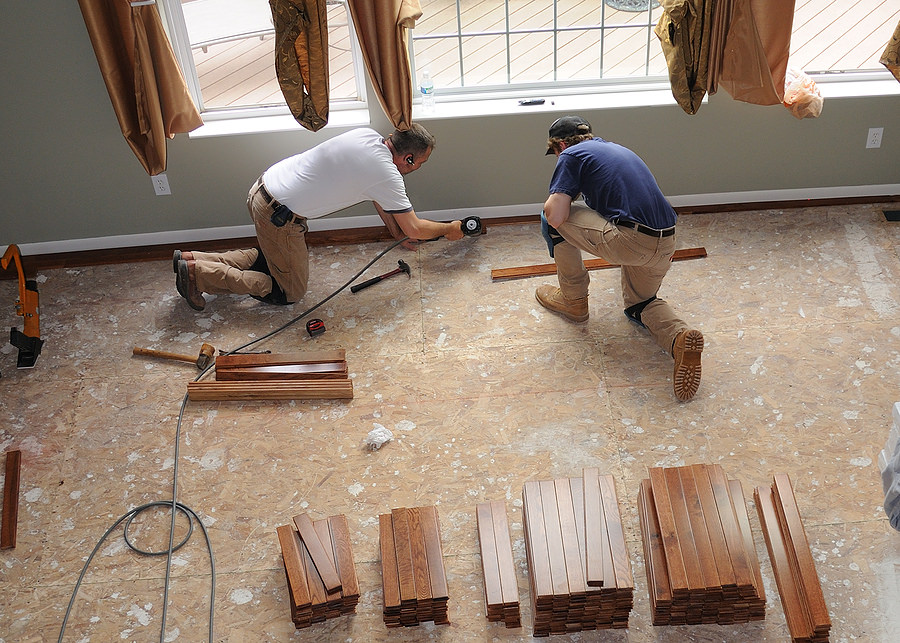 New research1 by Direct Line Home Insurance reveals approximately half a million homeowners go over budget when redecorating or renovating their new home each year. Almost a quarter (23 per cent) of new property owners have faced spiralling costs in an effort to create their dream home in the past five years alone.

Households underestimate the cost of renovations and redecoration by approximately £3.4 billion2 each year, spending an average £7,427 more than they expected – a whopping 278 per cent over budget. Young people are most likely to go over budget on renovations with nearly a third (30 per cent) of 18-34s spending more than they intended to on their new home, compared to just 17 per cent of those aged over 55, although this could largely be down to their lack of experience, or lofty aspirations for their dream property.

The latest available housing market data shows the average house price in the UK has risen to £225,047, up 4.6 per cent (£9,965) in just a year3. With the UK’s homeowners having spent an average of £215,079 on new properties over the past five years, buyers set aside on average £10,040 for renovations and redecoration of their new property in the first 12 months, or 4.7 per cent of the purchasing price.

The most popular room in a property to renovate within 12 months of buying a new home is the kitchen4, with almost a third (32 per cent) of buyers having put this as their top priority upon moving in. Other popular rooms for major revamps are the bathroom (29 per cent) and living room (17 per cent).

When it comes to redecorating, the living room (43 per cent) and bedrooms (42 per cent) are the most likely to be top of the list for a little TLC, followed by the hallway (35 per cent) and dining room (28 per cent).

It is estimated that homeowners spend an average £5,823 redecorating or remodelling a home before putting it on the market. This looks to be money well spent as estate agents estimate poor décor would put more than a quarter of prospective buyers off putting in an offer. This shouldn’t encourage people to decorate on the cheap though as botched jobs account for one in six (17 per cent) property sales being voided or held up. If homeowners are looking to renovate or redecorate before selling their home, the kitchen is a good place to start, as 78 per cent of estate agents5 believe it is the most important room to prospective buyers. This is followed by the living room (18 per cent) and the master bedroom (four per cent).

Dan Simson, head of home insurance at Direct Line, commented: “Making your mark on a new property is all part of the exciting journey to make a house your home. Whether it is your first home, you’re upsizing to accommodate a growing family or you’re downsizing once the kids have flown the nest, there is likely to be work you want to do to make it your own.

“Many home renovation shows have given people a false impression of the real cost of remodelling a property, so before you bite off more than you can chew it’s important to research and price the work accurately, building contingency costs in to the budget, to ensure your home improvements come in on time and meet your expectations.”

Redecorating is not the only job people are willing to take on themselves, one in 20 (five per cent) of those who have bought a house in the last five years said they would consider, or have completed, building an extension or loft conversion without professional help.

Simson continues: “Many homebuyers understandably want to do renovations themselves to save money, but they should be aware that jobs aren’t always as simple as they may seem and some even require specific certification or Building Regulations approval, such as rewiring or a loft conversion.

“Before embarking on a major new project, always ensure you make your insurer aware so they can make sure your home is adequately covered.”

Hints and tips when hiring a builder

Regionally, Londoners are the most likely to overspend, as they put aside just £6,278 but end up paying out £11,128 to complete refurbishment work on their properties.