A third of homeowners would prefer a female tradesperson, new FMB research reveals 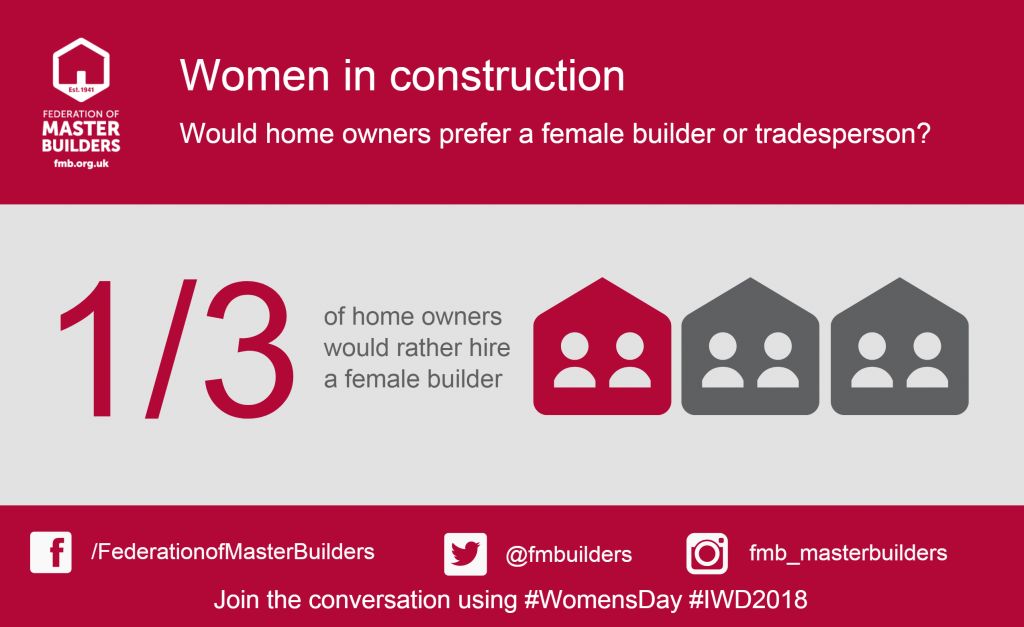 A third of UK home owners would rather hire a female builder, as opposed to a male builder, according to new research by the Federation of Master Builders (FMB).

Key results from the FMB’s research into opinions on female builders and tradespeople include:

Commenting on the research,  Brian Berry, Chief Executive of the FMB, said: “There’s a clear appetite among consumers for more women to enter the building industry with one third of home owners saying they would rather hire a female builder. There are numerous reasons for this and chief among them is that these home owners feel that female tradespeople might be more respectful of their home. Consumers are also keen to support more women working in non-traditional job roles which is a breath of fresh air. However, there’s a serious gap in the market here as currently only two percent of tradespeople are women.” 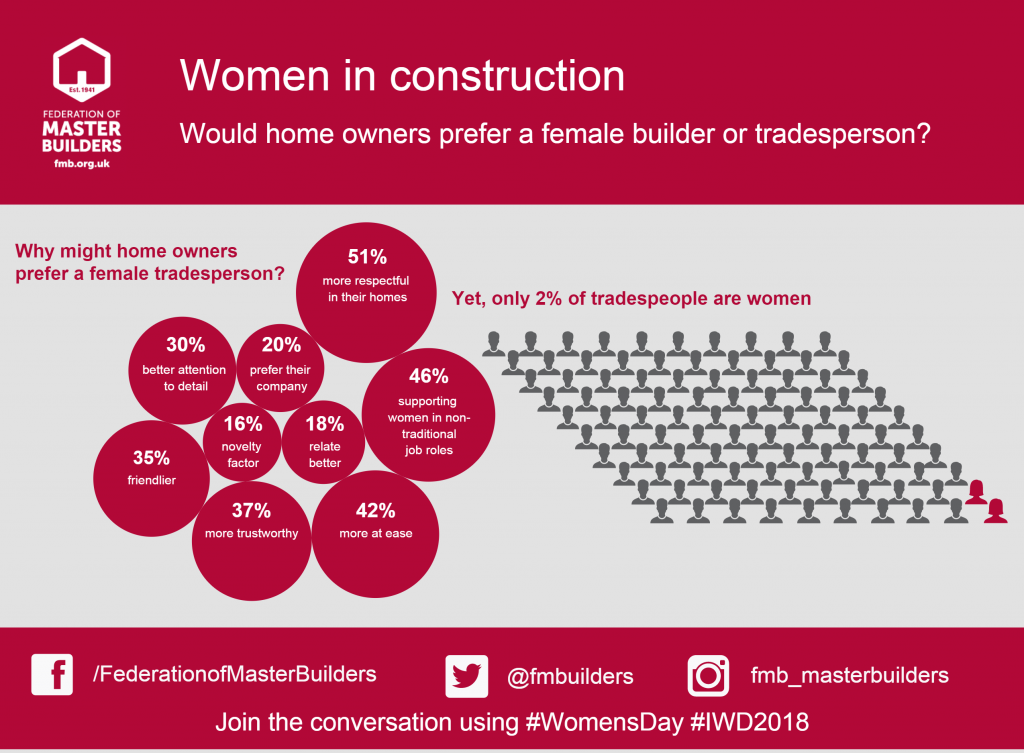 Berry concluded: “The construction industry is in the midst of a skills shortage and until we appeal to women – who obviously make up fifty per cent of the population – we’re unlikely to dig ourselves out of this skills hole. Despite feeling more positive about hiring a female tradesperson, 30% fewer people would encourage their daughter to pursue a career in construction than their sons. In 2018, this attitude is outdated and denies thousands of women a potentially rewarding career. Today is International Women’s Day and we’re calling on all parents, teachers and careers advisers to talk to young women about a career in construction. The construction sector can appeal to anyone who takes pleasure in the built environment and wants to avoid being trapped behind a desk all day. This can and should apply to both men and women equally.”

Debi Sporn, from Sporn Construction Ltd, who has worked in construction for more than 16 years, said: “The public perception of the construction industry is changing but not quickly enough. As a woman working in construction, I’m able to bring a different perspective to our firm and how it operates. Not only that, clients to seem respond well to the fact that our company employs both men and women. Construction is an exciting sector to work in and I would absolutely recommend pursuing a career in our industry.” 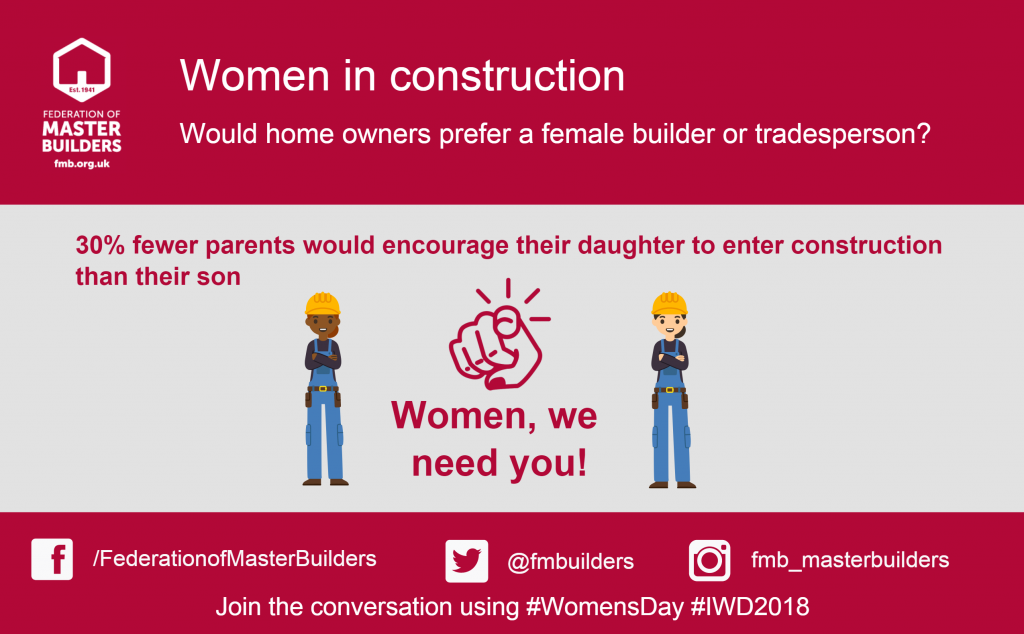 Monika Slowikowska to speak at Women in Construction Summit

ecobuild 2018 closes looking to the future