When the British Small Animal Veterinary Association (BSAVA) decided to expand its Gloucester headquarters, they opted for a refurbishment and extension scheme which would give them a spacious, modern and professional building to help deliver the Association’s ambitions for the future. To seamlessly link the original 1990s structure with the modern extension, the contractor on the project – Lancer Scott – advised on the installation of REHAU’s GENEO ALU Top windows to replace the existing aluminium profiles and complete the scheme’s contemporary aesthetics.

The British Small Animal Veterinary Association was founded more than 60 years ago as a professional body to promote excellence in small animal practice through education and science. The Association provides training, CPD and resources to a membership of more than 10,000 veterinary surgeons and nurses in the UK and organises conferences, seminars and events both here and abroad.

With a growing membership base and an increased focus on its training provision, the Association needed more space at its headquarters in Gloucester. It was also keen to create a more professional image which would better reflect the high-quality services it offered to members, so the decision was made to extend the existing building in 2017. 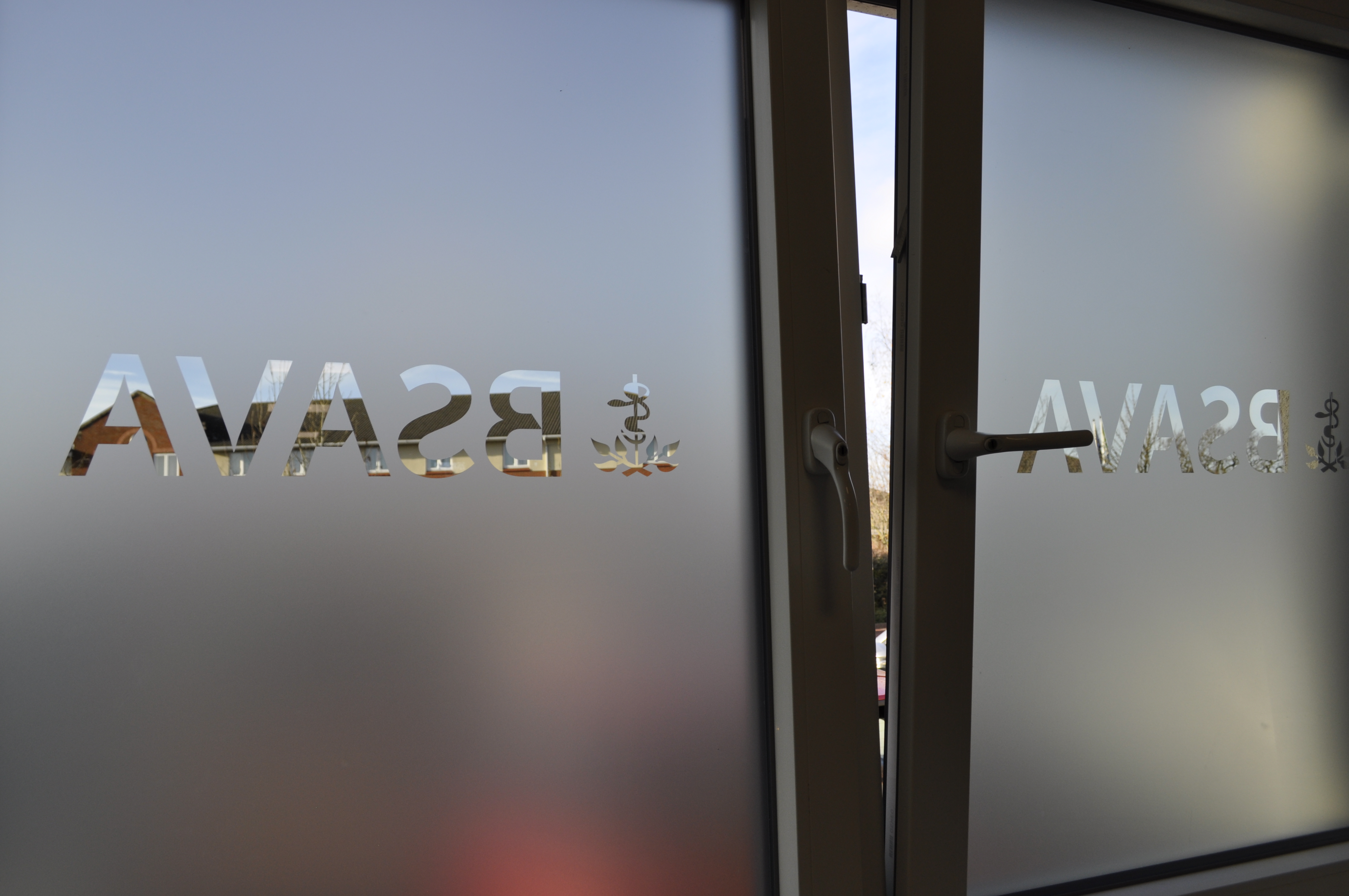 Under the £2m extension and refurbishment plans, the BSAVA’s building – built in 1999 – would be extended at both ends, reroofed and would include an impressive curtain wall to give visitors a wow factor, as well as letting in lots of natural daylight. The project was forecast for a 42-week build programme, starting in August 2017 and finished in the summer of 2018.

In the initial proposals, the BSAVA’s original aluminium windows were to be resprayed to fit in with the new aesthetics of the building, but contractor Lancer Scott had seen the GENEO ALU Top windows from REHAU and decided to table it as an alternative which would tie the old and new elements of the building together as one. 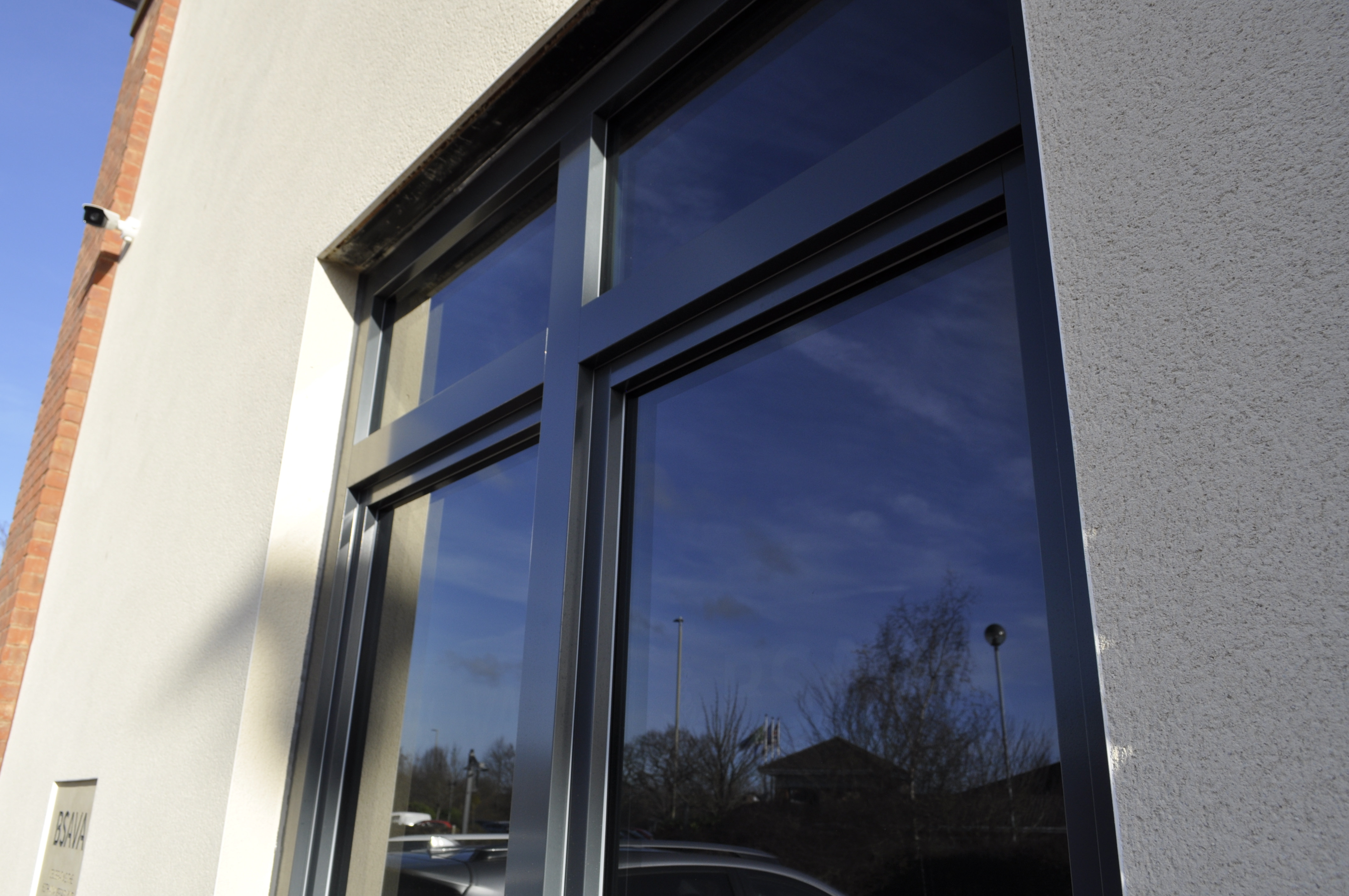 Ellis Diver, Quantity Surveyor at Lancer Scott, said: “The plans for the existing windows was to respray them, as they were blue aluminium frames – a very typical look for windows installed in the late 1990s but by modern standards they looked pretty dated. The windows were certainly past their best and it seemed a missed opportunity not to update them during the refurbishment and extension project if the budget would allow it.

“So when we spoke to Abbey Glass about the glazing products required for the scheme, we talked to them about the aluminium frame windows and they suggested the GENEO ALU Top profile to us and we thought this was something the client might consider to complete the redesign of their headquarters.” 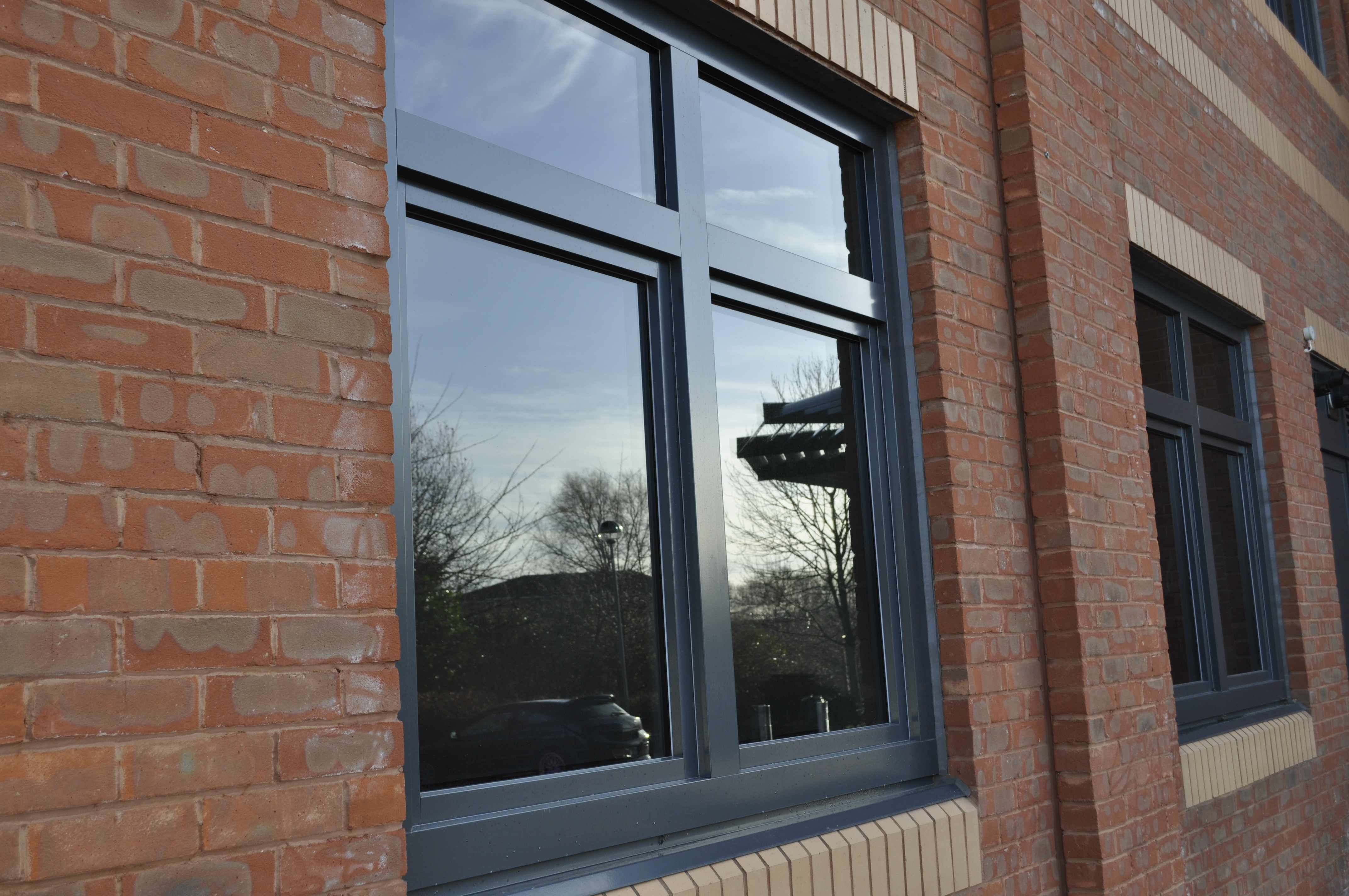 GENEO windows are REHAU’s most thermally efficient window profiles. Manufactured from RAU-FIPRO, a unique high-tech composite material, the profiles are certified by the Passivhaus Institute and awarded the highest thermal performance standard in the world with a U value of up to 0.73 W/m²K. Its additional selling points include an innovative triple glazing design that delivers on sound insulation (up to class 5) and guarantees the windows are break-in resistant to RC 3/RC 2 without steel.

To appeal to the aluminium market, the high spec GENEO windows can be coupled with ALU Top, an aluminium front panel which can be neatly affixed to the front of the PVC-U frame. The ALU Top Window Profiles are available in over 170 RAL colours, which are both robust and weather-resistant, for a finish to meet almost any design requirements. 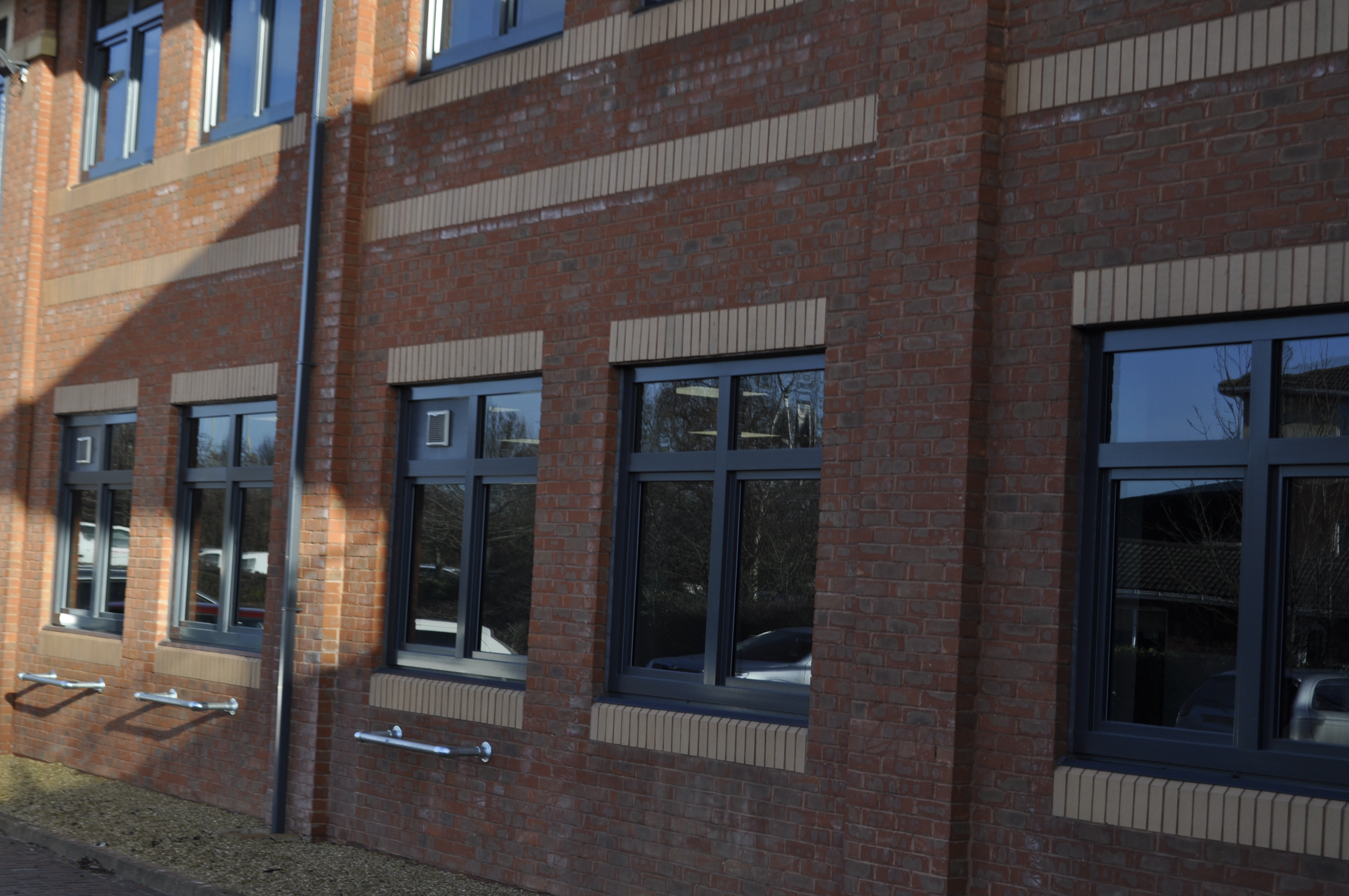 Will continued: “We had a portacabin on site for our team, and we had built up a great rapport with the client and the project team. So we approached them informally about the windows, and with a healthy contingency budget in place, they were happy to take our recommendation and replace the windows as part of the build programme.”

In total 46 GENEO windows with anthracite grey ALU Top Window Profiles were fitted in the BSAVA building. Because the GENEO windows are PVC-U, they are more cost-effective to buy than aluminium frames and should the client decide to update the look of the building in years to come, the ALU Top window profiles can simply be replaced with a new colour or design without having to replace the windows again. The GENEO windows are also more efficient than aluminium windows, so will save the client money on their energy costs too.

Will concluded: “The new windows really bring together the old and new elements of the building and give it a seamless contemporary finish which has really impressed the BSAVA. The staff really like the new windows too as the previous ones were only top opening but the new ones are Tilt and Turn, allowing them to easily let in as much or as little fresh air into their work or training spaces as needed.”

Steve Tonkiss, Commercial Manager at REHAU Windows Division said: “It’s amazing the difference a simple change of windows can make to a building. By switching to REHAU GENEO Alu Top Windows, the BSAVA has not only secured a better performance window but from a purely aesthetic point of view, thanks to the ALU Top, they haven’t compromised on the finish they had envisioned for their new headquarters either.”

Doors fit for a new world!

Guttering- A property’s first line of defence against...