Another Building at ‘risk’ is saved and gets the Selectaglaze treatment 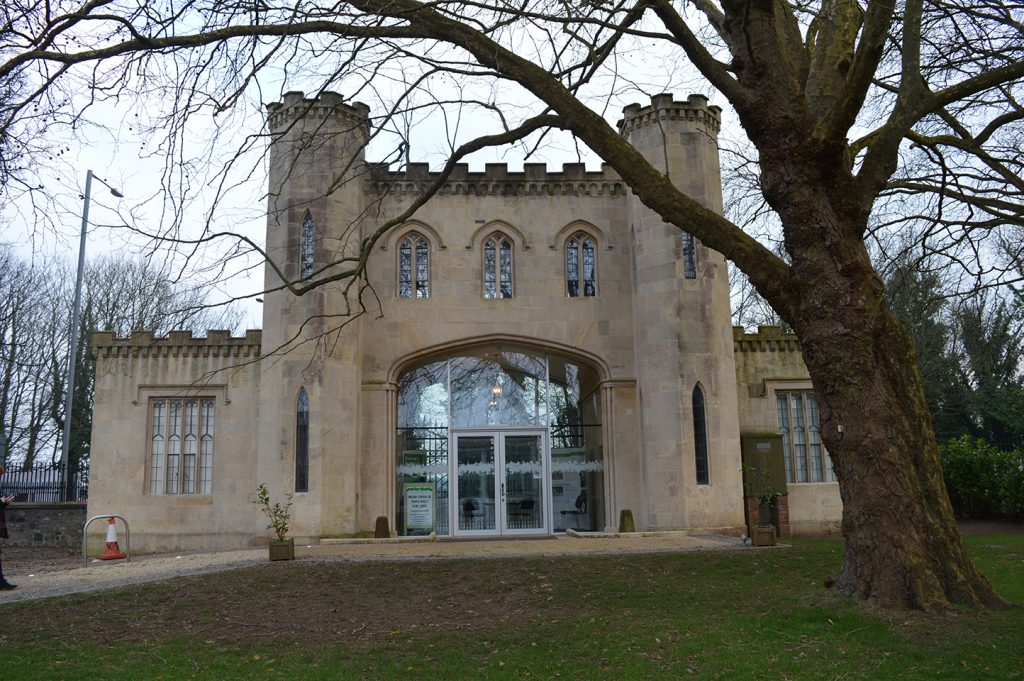 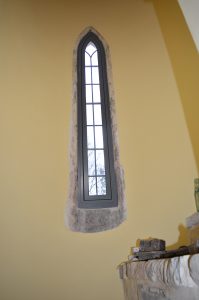 Techniglaze helps make a former gatehouse more thermally efficient in its new role as a museum and gallery, with Selectaglaze secondary glazing.

Sir John Hugh Smyth, one of the Bristol’s wealthiest landowners, conceived the idea for the Gatehouse in 1805. It formed part of his plans to update Ashton Court Mansion as a gothic showpiece in the local community. The estate was home to the Smyth family for 500 years, when in 1959 it was purchased by Bristol City Council. 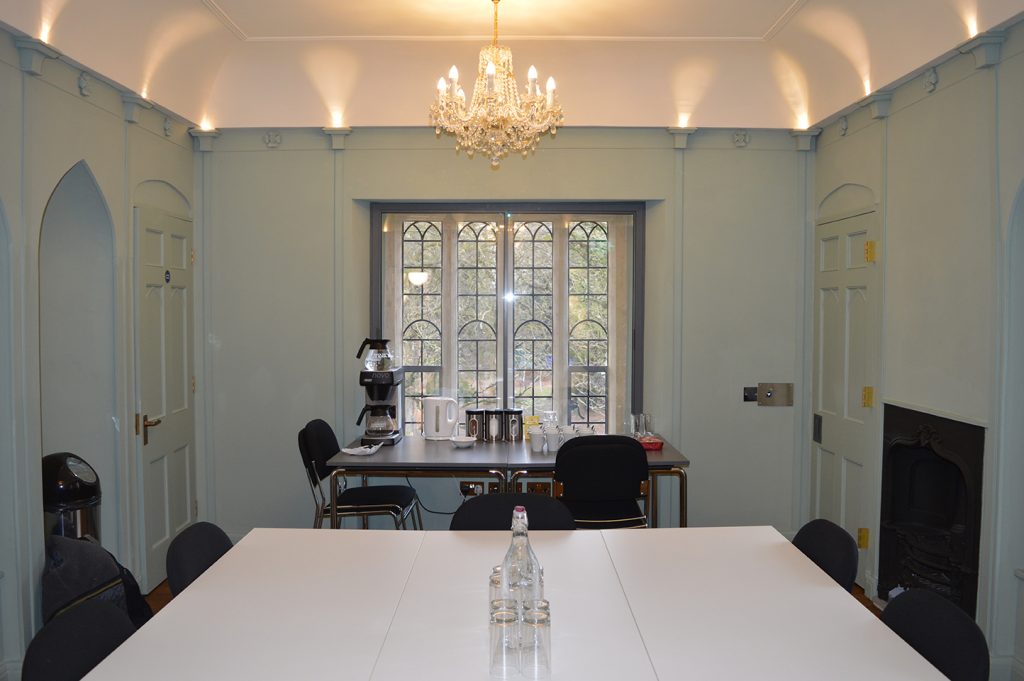 The extravagant Gatehouse, built by Henry Wood, has a castellated bathstone exterior and heraldic entrance. It was the entry to a sweeping drive up to the Mansion and a statement piece of architecture in its time. However, over the years the building was left abandoned and fell into such disrepair, that it featured on Historic Englands ‘Heritage at Risk Register’. Roofs had fallen in; floors had disintegrated; windows were missing and large cracks had appeared in the stonework due to the walls separating.

Unlike so much of our architectural history which is left to ruin, this building has been given a new lease of life and once again stands proud at the entrance way to the estate. Austin-Smith:Lord led a two year project to bring this stately Grade II Listed gatehouse back to its former glory. The refurbishment works are part of Bristol’s ambitious plans to restore 5 estate lodges funded through grants from the Heritage Lottery Fund and money raised by Bristol Buildings Preservation Trust. 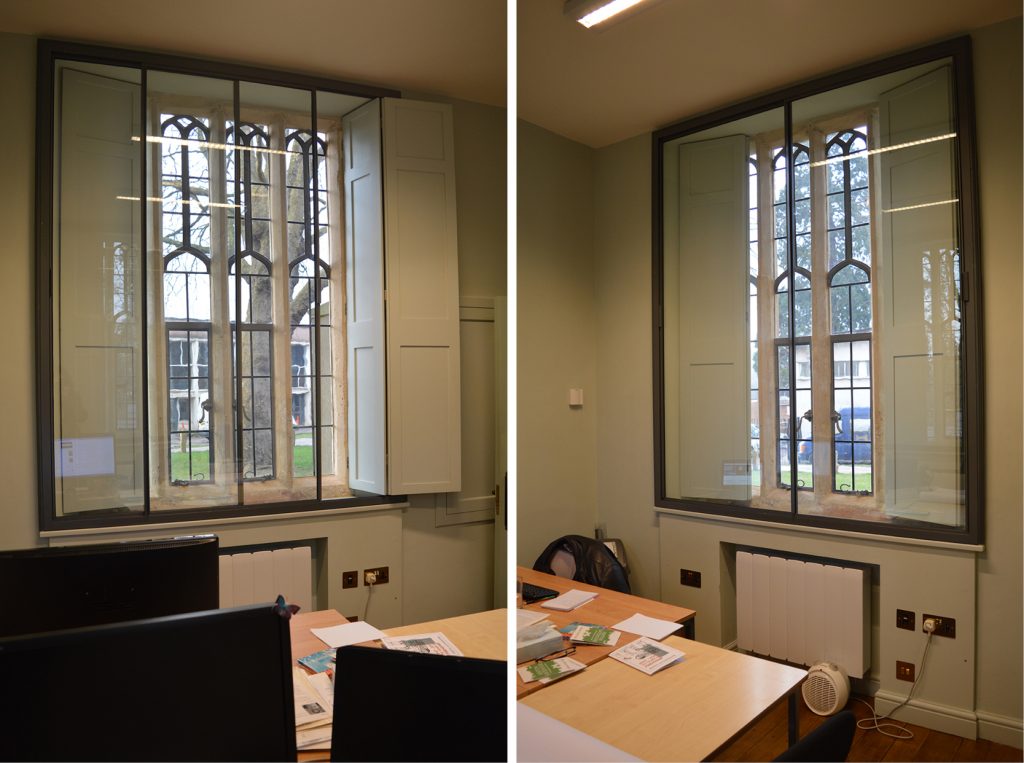 As the Gothic Revival building is Grade II Listed, original features had to be retained and restored such as the stone flagged floors and stairs, plastered vaulted ceilings, gothic doors and beautiful gothic arched windows. Thankfully, despite its condition, its fabric was retrievable so any refurbishments could be historically accurate.

Appointed Main Contractor, Ken Biggs, approached Techniglaze, a partner of Selectaglaze for over 20 years, for assistance with the specification of secondary glazing. The original windows had irregular original glass, probably no thicker than 3mm and the frames were leaky; so the building was cold and draughty. They are set in stone and have leaded lights, so the character and sightlines needed to be retained to highlight the craftsmanship of the time. Some of the windows were in the turret stairwell making access very tricky. 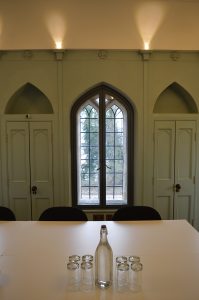 A total of 18 openings were treated, all very irregular in size and shape. Timber frames were made for all, to ensure a true opening was created to fix the secondary glazing to; making sure it was a tight fit to eliminate any drafts or air gaps. The Series 45 hinged casement was specified with gothic arched heads, to allow an undisrupted view of the primary glazing, without adding any new sightlines. It also provides full access for cleaning and maintenance of the original windows. The high performance seals and use of low-E glass in the secondary glazing, has improved the overall thermal performance of the building and created a much more comfortable environment. “We are delighted with the quality of the secondary glazing. Not only does it keep the building warm, but does a fantastic job keeping the noise of a busy road nearby to a minimum. Ashton Gatehouse is more than 200 years old, yet the newly installed glazing fits perfectly with the look and feel of this historic site.” Commented Ben Mellor, Gatehouse Manager.

With the Lower Lodge being an integral part of Bristol’s heritage, it has been successfully brought back to life and restored to its former glory. Like another former building at risk, Selectaglaze has worked on ‘The Lighthouse, Kings Cross’ which has now become offices; the once derelict Gatehouse has now been repurposed as a museum, gallery and heritage hub, which the local schools and community can use for many years to come.  It makes Selectaglaze proud to be involved in projects which sensitively restore and retain an architectural history for future generations.

Selectaglaze, founded in 1966 and awarded the Royal Warrant in 2004, has worked with Techniglaze for over 20 years, on projects in Cornwall, Devon and the West Country. It boasts a wealth of knowledge and an extensive range of products to suit all projects from Listed properties to new build hotels. The range has been tested and proven suitable to enhance thermal insulation, improve noise reduction and offers high levels of security. A free technical advisory service is available, as well as RIBA approved CPDs.