Method’s beautiful bins ensure the waste management in your refurbishment helps you simply reach your sustainability goals. Designed to be out in the open, Method Recycling Stations are a creative and effective solution for your renovation. 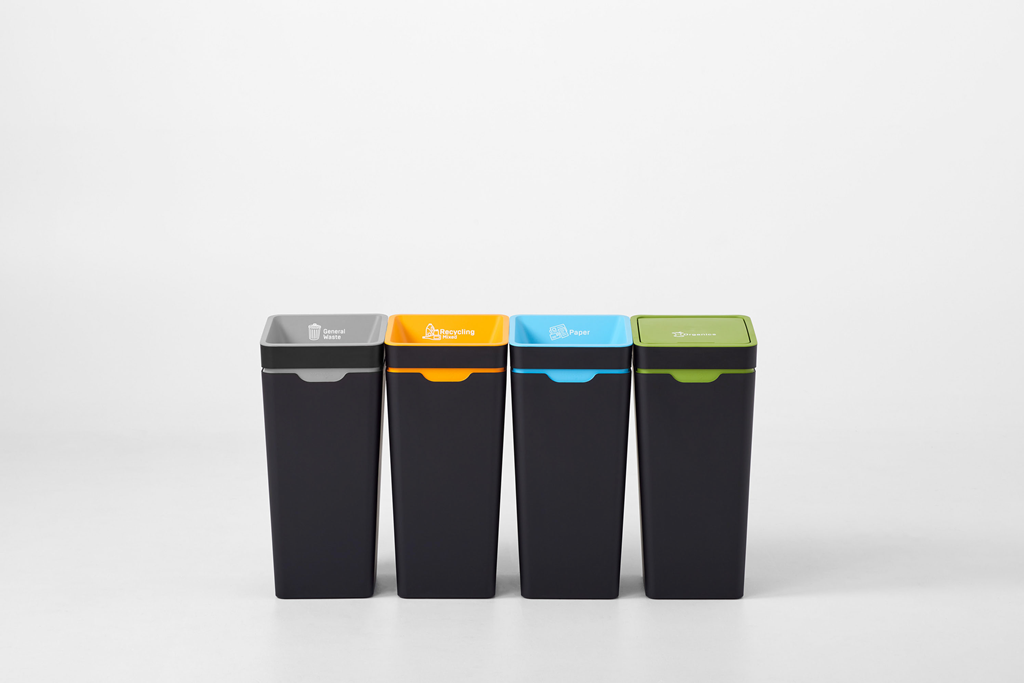 Steven and India spent three years mastering this philosophy, their award-winning product and recyclable – designed and made in New Zealand – holding focus groups, preparing prototypes, and even assisting cleaners on night-shifts.

All of this hard work paid off, resulting in the colour-coded and ultimately behaviour-changing Method 60L Office Recycling Bins that connect together to form adaptable recycling stations.

The colour of Method’s waste streams have been designed to complement the aesthetic created by architects, while meeting the standards of the UK industry – a solution that’s simple to implement and that can work in any environment. 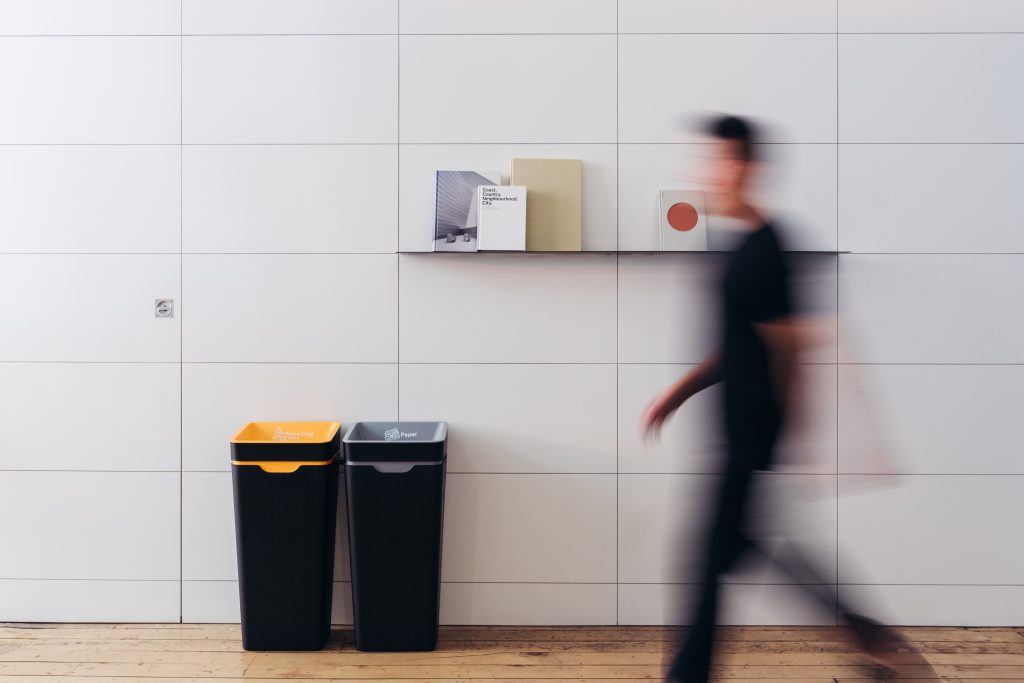 Re-thinking how modern buildings work has reshaped how they’re designed – from desks, to kitchens, to the power that’s used. Yet decisions about waste often result in systems that are inconsistent with your aesthetic or hidden away from sight.

With Method’s Open Plan Recycling, recycling becomes part of the furniture – visibly out in the open, beautiful and considered. Placing waste solutions where they’ll naturally be used is the optimal way for a space to become more active and more engaged. 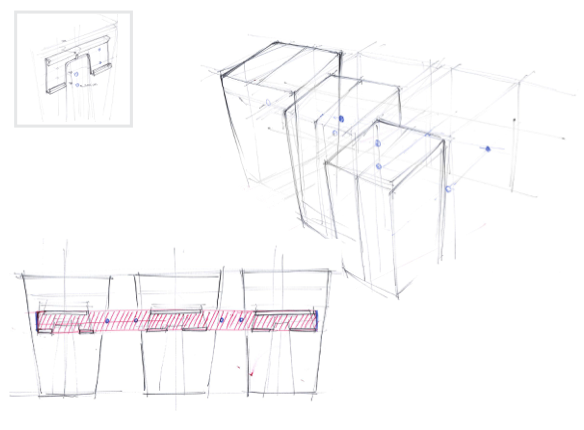 Extensive research was only the beginning of designing the Method bin.

Firstly, the Korners mapped out the waste streams of influential businesses, facilities, government departments and more. They then organised focus groups and formed affinity maps from customer insights, piecing together the values of different customer personas and further streamlining their product objectives to complement the needs and values of stakeholders.

Steven even helped with a night-shift at a commercial cleaning outfit to further understand the process. One cleaner was particularly committed to his craft – he had developed a technique of twisting and folding back bin liners to hold them in place. This would inspire our co-founder to design the defining feature of Method’s beautiful bin, the patented Bag Retainer System engineered to make bin liners invisible.

Thanks to their consultative process, colour-coded lids, and innovative design, Method’s first line fully sold out pre-production. It can now be found in modern spaces on an international stage.

Every aspect of our Method recycling system has been carefully considered to make it the most efficient and user-friendly design for your refurbished space. 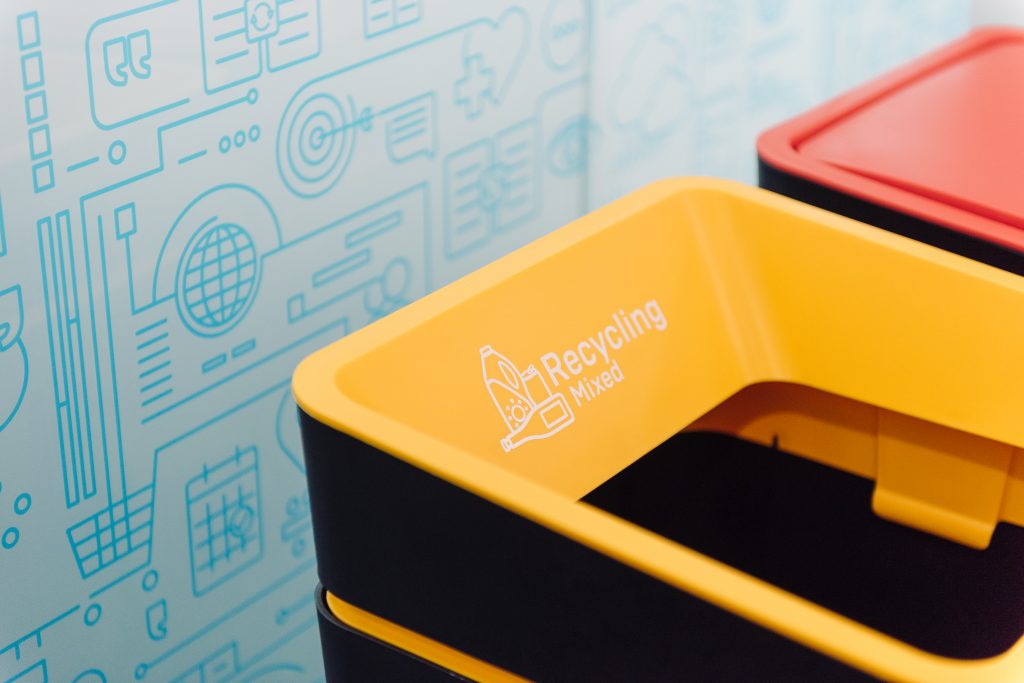 Method have since designed more products and added more options developed from customer feedback and insights, always striving to be the solution that’s needed.

Their accessories range includes Precyclers – short term desktop storage for paper, waste and recycling, and HD Connectors, which have been engineered to seamlessly lock Method Recycling Stations in place. Arrange bins back-to-back, in a line, or mount them to a wall with this tool, which can be easily extended with the HD Connector Expansion Kit. 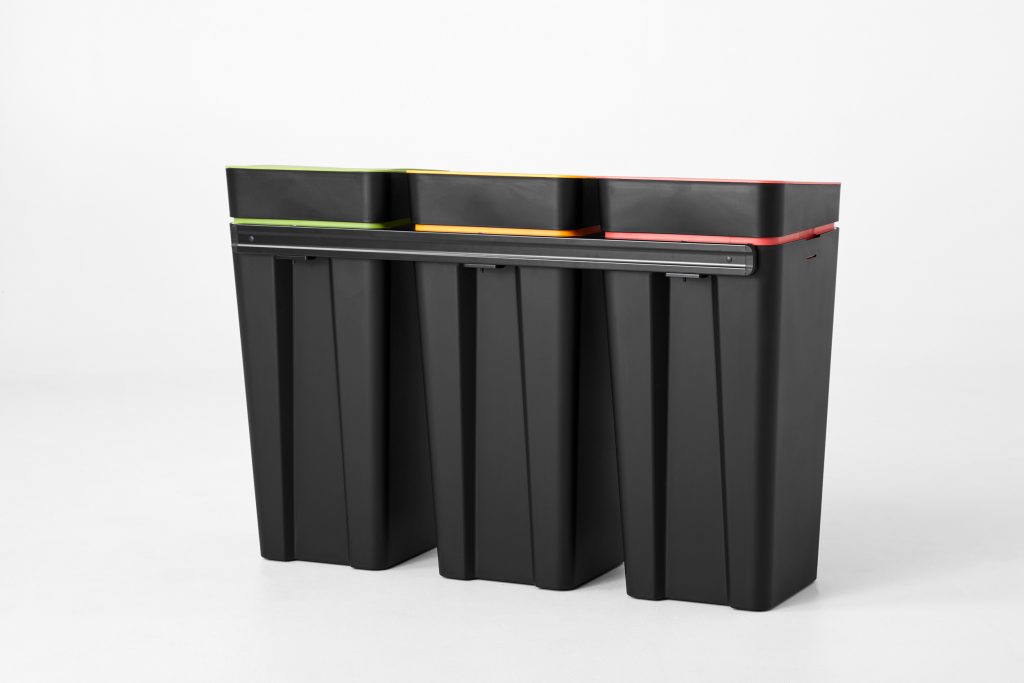 Method have been the long-term sustainability solution for organisations such as Atlassian, Bank of New Zealand, Canva, Xero, Wellington Airport, University of Melbourne, and the Sydney Cricket Ground.

Continuing to grow in New Zealand and Australia, their products can now be found worldwide. In 2018 they completed their biggest North American order to date, sending one thousand recycling bins to a thought-leading facility in New York City.

Method have now launched into the UK, after having previously worked with Foster + Partners, a famous British venture capital brand, and more. 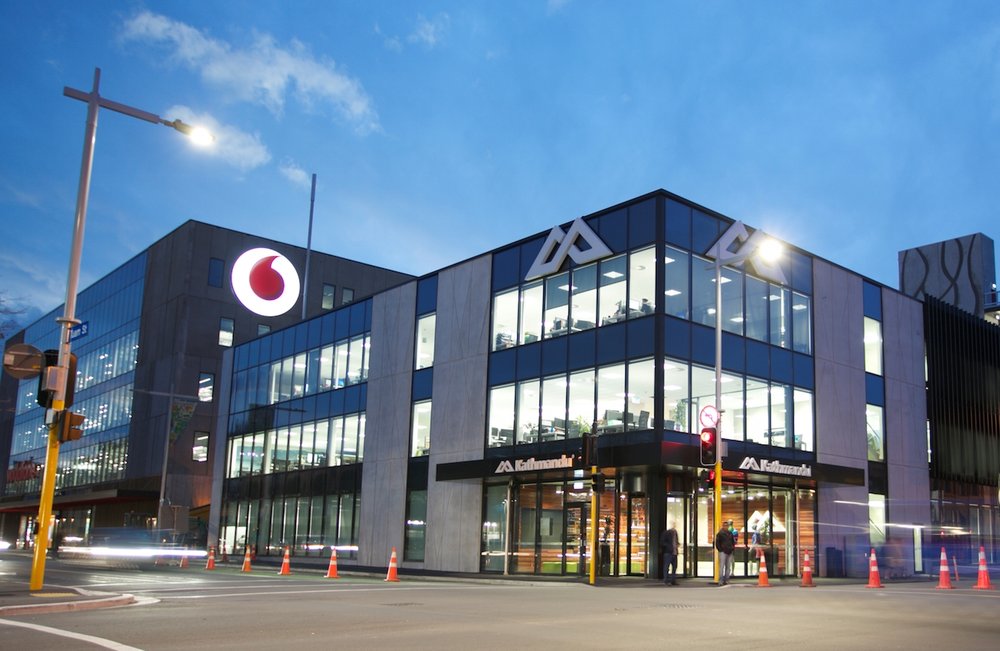 Say hello to the most effective waste management solution for refurbishments and renovations. Interested in Method? Get in touch with our UK team here

Canmoor refurbishment kicks off at Anchorage

Snickers Workwear – Work Together With You For...