Heritage roofing specialists, Martin-Brooks, have played an integral role in the preservation of a key architectural feature in the grounds of Lincolnshire’s grade I listed Belton House.

The Sheffield-based firm has reroofed the Grantham estate’s boathouse, one of only two surviving structures of its type in the UK, helping return it to its former glory.

As part of a restoration project undertaken by the National Trust, Martin-Brooks has topped the twisted stickwork boathouse in bullnose green slates, replicating the fish scale design used during its construction in the 1830s.

To help raise the funds for the restoration project, National Trust members, supporters and visitors to Belton were invited to sponsor a slate, upon which they could add a personal message that was then hidden during the reroof for future generations to find.

Dale Wright, Martin-Brooks’ contracts director, said: “We have worked at Belton House previously and welcomed the opportunity to return to complete this quirky project for our longstanding clients, the National Trust. Although the boathouse is not a large structure, its unusual construction made the restoration a real labour of love. It was a pleasure to see the public’s enthusiasm for the sponsored slate campaign and I am sure their notes will add another dimension to the estate’s rich history.”

The National Trust has restored the boathouse, not only to preserve its integrity, but also to return punting to the river Witham, which runs through the grounds of Belton House. As no formal plans of the boathouse existed, the restoration was based on a painting by Lady Sophia Cust, the daughter of Lord Brownlow, who had it constructed. 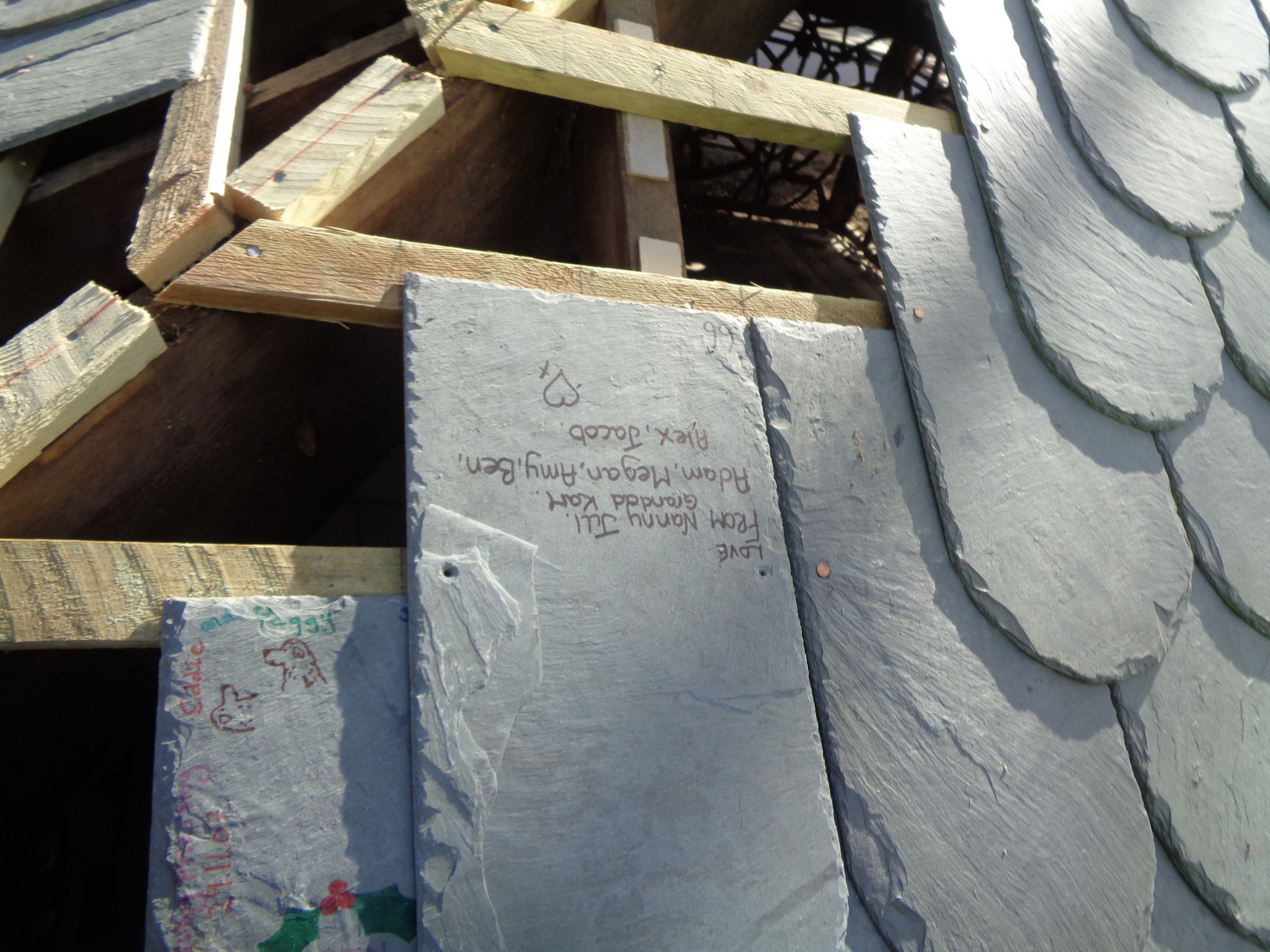 Martin-Brooks is listed on the National Federation of Roofing Contractors’ (NFRC) heritage register.

For more information about its work on historic buildings, telephone (0114) 244 7720 or visit www.martin-brooks.co.uk