British homeowners are set to spend an estimated £35bn upgrading their homes by the end of the year.

Despite the country’s current economic and political uncertainty, six out of ten Brits look set to splash the cash on home refurbishments and upgrades to the tune of about £1,500 per project.

Sprucing up walls with fresh paper or paint will be the priority for the majority of people (62%), while the kitchen (25%), bathroom (24%) and bedroom (23%) are the rooms most likely to be freshened up by adults who are tired of their cooking, washing and sleeping areas.

The findings are part of a retail report commissioned by Manchester based mixed reality company DigitalBridge, which warned earlier this year that the home retail sector could be missing out on an extra £1bn a year due to customers walking away from purchases because they couldn’t imagine what products or completed projects would look like at home.

This “imagination gap” is a significant challenge for retailers, and could impact the industries financial prospects, with 36% of home owners admitting to already putting off or decided against making a purchase because of this problem.

David Levine, CEO of DigitalBridge, which has won financial backing from John Lewis and innovation specialist L Marks, said: “The UK’s home retail sector is a major part of the economy – as these spending predictions show – but retailers, especially those in the home décor market, shouldn’t ignore the potential hurdle this imagination gap could cause in the future. 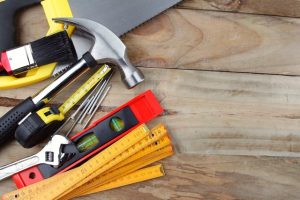 “While nearly 60% of homeowners are planning to spend money upgrading or refurbishing parts of their homes in the coming months, a significant number have already put off making any changes, meaning retailers are missing out on potentially millions, if not billions of pounds, of extra sales.”