LGIM Real Assets (L&G) has submitted a planning application for the improvement of Piccadilly gardens. Its proposed £2m investment aims to transform the well-used public space and major City thoroughfare into a vibrant area that is more attractive and welcoming to families, while deterring anti-social behaviour.

The plans for Piccadilly Gardens have been developed in partnership with Manchester City Council to improve the public Gardens and create a new covered public realm, as part of the redevelopment plans for the Pavilion building which will provide space for family orientated restaurants and a new coffee shop. 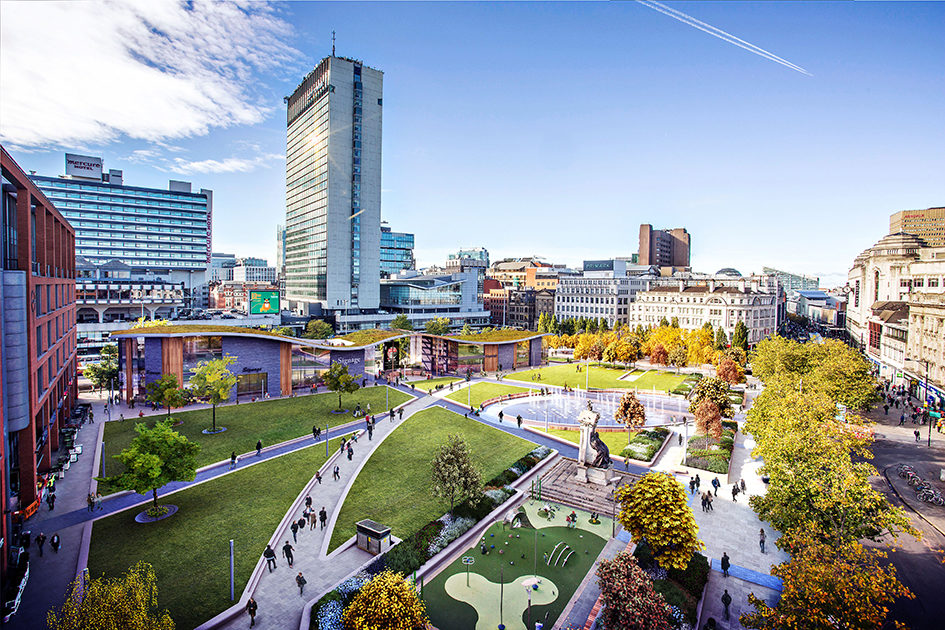 The proposals have been widely publicised, including a well-attended public consultation which took place over two days in December 2016. People also had the opportunity to give their feedback online. A significant proportion of respondents welcomed the plans and the feedback has been considered when building the plans.

The plans will complement the investment which has already taken place in and around Piccadilly Gardens, including work the Council has carried out to bring the fountains back into use.

Sir Richard Leese, Leader of Manchester City Council, said: “Piccadilly Gardens is a major thoroughfare used by hundreds of thousands of people a week and for all the debate it generates it remains a well-used public space. Clearly, though, there is potential for improvement and we look to ensure that this is achieved to deliver a welcoming and attractive destination in its own right.”

Bill Hughes, Head of LGIM Real Assets, said: “Through our partnership with Manchester City Council and our investment in Piccadilly Gardens our aim is to create a better-used and more welcoming public space. L&G has a longstanding track record of working with progressive local authorities to bring forward regeneration and improvements to social infrastructure projects. We see Piccadilly Gardens as a prime example of this kind of collaboration in action.”

Innovation and learning at this year’s Build Show

Work to start on £8.5m Octagon Theatre revamp in Bolton

£60m redevelopment of one of UK’s largest independent...