Funding has been secured for a £42 million upgrade to the tidal flood defence scheme in the Humber Estuary – improving flood protection to 113,000 properties.

Led by the Environment Agency, the Humber Hull Frontages scheme will present an opportunity to review and improve a 19 kilometres stretch of tidal flood defences in the Humber Estuary to better protect homes and businesses that are at risk of flooding in Hull. 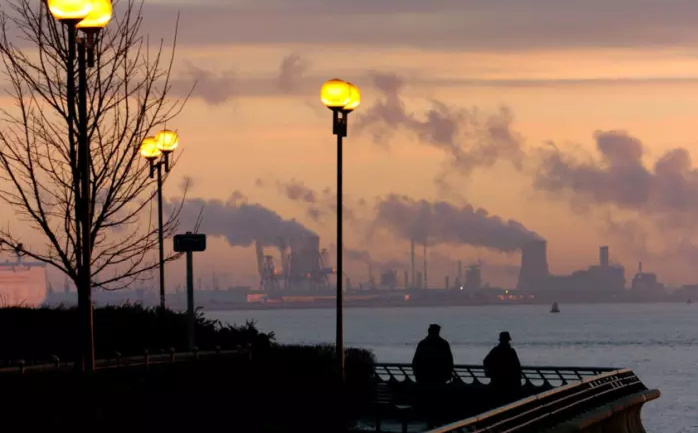 “This state of the art scheme is great news for homeowners and businesses along the Humber Estuary, especially for the city of Hull, as we both upgrade existing defences and add new defences extending protection.

“It is a key part of our £430m flood defence investment programme for Yorkshire, better protecting thousands of homes and helping businesses to grow, thrive and create new opportunities – supporting the Government’s work on the Northern Powerhouse.”

“Hull has a long history of being flooded from the Humber Estuary. This was seen most recently in December 2013 when a tidal surge flooded more than 260 properties when the city’s defences were overtopped.

“By raising the existing defence walls and embankments, we are able to plan for the effects of climate change and bring them to the level needed to better protect the city from tidal flooding in future years.”

Contractor BMM JV – a joint venture between BAM Nuttall and Mott MacDonald – has been appointed to develop a detailed design and build plan along Hull’s 19 kilometre waterfront. This work follows the review of existing flood defences along the banks of the Humber Estuary in Hull conducted by built environment consultants at Arup.

“Coastal Flooding is one of the most serious threats facing the UK. That’s why it is so important that Hull, the country’s largest at-risk urban area outside of London, has received government approval for additional tidal flood defences.

“Using a range of technologies to collect and make sense of vast amounts of data, we’ve developed plans that will improve defences to account for anticipated changing weather patterns and sea level rises over the next 100 years.”

BAM Nuttall Mott MacDonald Joint Venture is looking forward to delivering the flood alleviation project as part of its Water and Environmental Management Framework. Over the next few months, BMM JV and the Environment Agency will consult with landowners, businesses and local residents on key elements of their proposed designs.

“We are delighted to be involved with another significant flood alleviation scheme for the Environment Agency. It’s a scheme that will deliver outcome measures that will lessen the flood risk to business and homes. We are committed to delivering the scheme efficiently and with stakeholder issues in mind”

The Humber Hull Frontages scheme is one of a number of tidal flood alleviation projects that form part of the Humber Flood Risk Management Strategy. The Environment Agency and local partners are now in the process of developing an advanced approach to managing flooding in tidal areas by the Humber for the next 100 years.

Subject to planning approval, work on the Humber Hull Frontages scheme will start next summer and will be complete by 2020.

It will be a long-term investment that will contribute to securing the viability of Hull and the wider Humber region, ensuring it retains its place as the eastern gateway to the UK economy.