Eight years after being put on the ‘At Risk’ register by English Heritage, the landmark Terry’s Chocolate Factory has a new lease of life, following extensive refurbishment. The 1926, Grade II listed building now starts a new chapter as a care village owned by Springfield Healthcare.

Once home to famous brands such as Chocolate Orange, the factory and offices were closed in 2005 and fell into disrepair over the subsequent decade. Eventually the building, which is part of a 27-acre site, was acquired by Henry Boot Developments for conversion. The renovations included a full roof refurbishment that was undertaken by Hull-based roofing contractor L.A. Hall using a Sika Sarnafil single ply system.

One of the key focuses of the work was to preserve and retain the art deco features of the building while increasing its lifespan. A vital element of the repairs was the work on the existing flat and slate roof areas that were in a very poor state, and a roof for the new additional floor of the building. 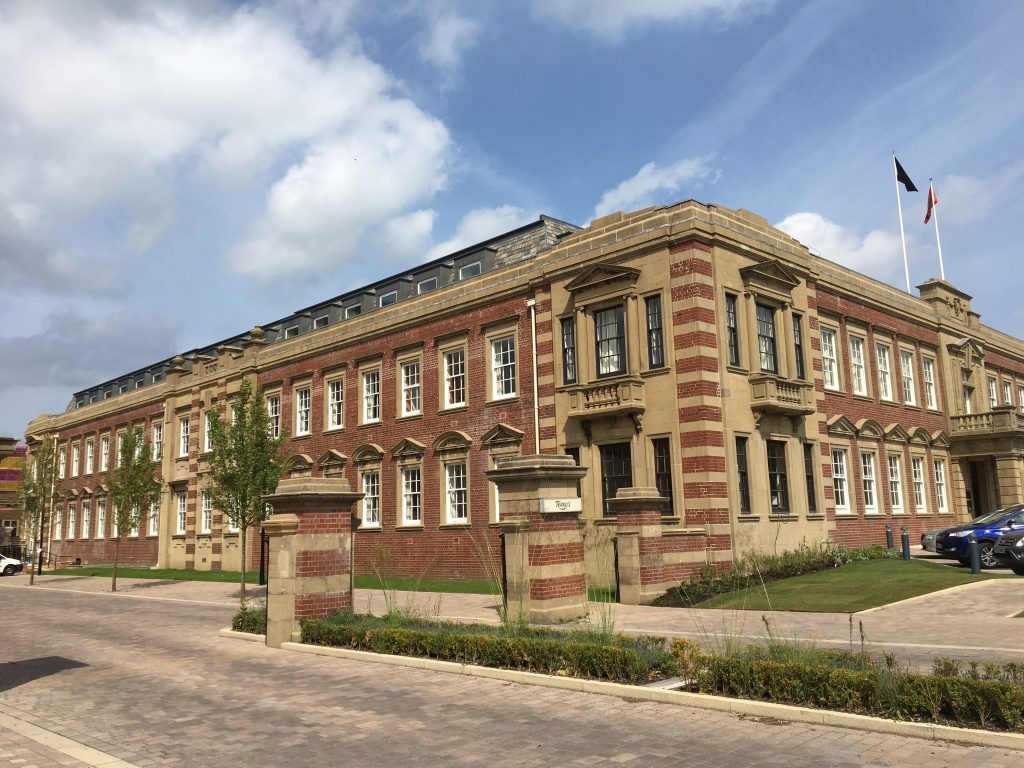 L.A. Hall suggested using a Sika Sarnafil system for the flat roof areas, as it matched the client’s requirements for longevity and sustainability, and is the company’s preferred membrane choice. The project’s conservation officer was initially concerned that the system would be too shiny, but Sika Sarnafil provided a number of samples, and after discussions, the specification was welcomed by all parties.

The project was complex due to the multiple roof areas and detailing. To begin, the existing slating on the central north light roof slopes, which were remaining in place as part of the new scheme, were re-covered using a fully adhered Sika Sarnafil system including G410-EL membrane in Lead Grey.

In addition to the existing roof areas, an extra floor to the building was constructed around the north lights. Its steep slated mansard-type external elevation included approximately 60 dormer windows, which required zinc on all the vertical faces and Sarnafil on the tops. The flat roof area of the extension was then also covered in the Sarnafil system, along with 140m of parapet guttering detailing, and a new roof terrace area. 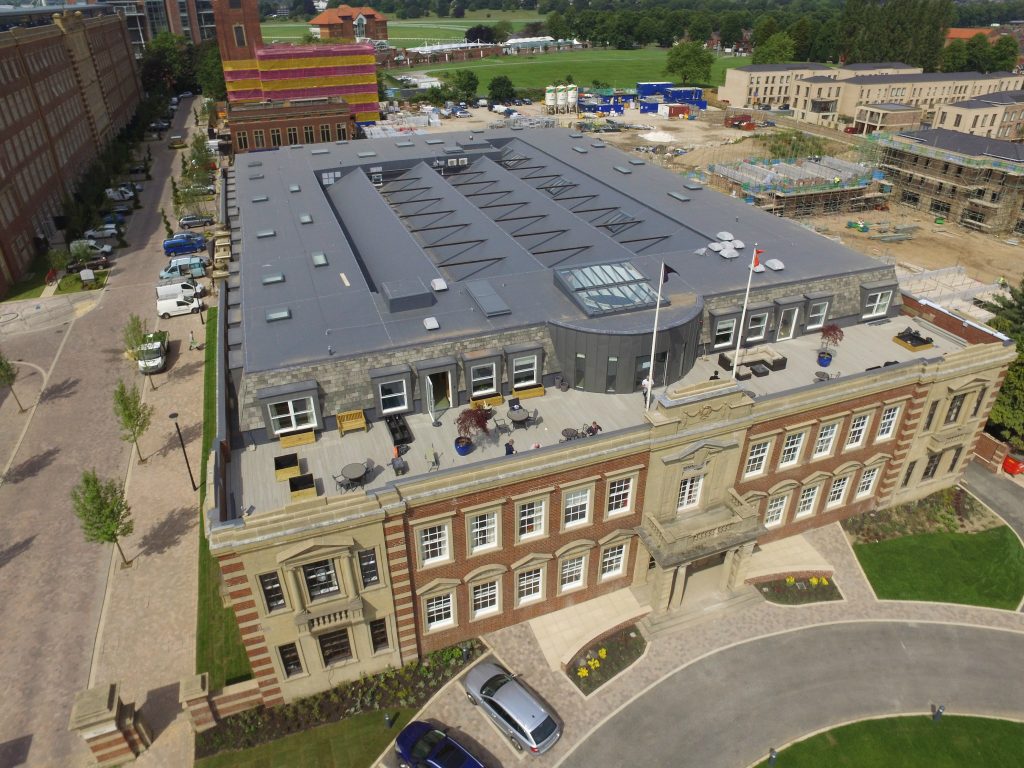 Nigel Drysdale, Technical Advisor at Sika Sarnafil said: “We had a great number of details to consider in order to preserve the original look of the building. For example, the architect and conservation officer required a timber mop roll detail to the perimeter of the main roof and the dormers. So all the parties worked closely to achieve a practical and aesthetic solution, which involved creating detailed life-sized models of key elements. This collaborative and applied approach gave the conservation officer confidence that the detailing was sympathetic to the building’s heritage and that’s what we eventually installed.”

The L.A. Hall team overcame various challenges, including working on sloped areas, tight time scales and challenging winter weather, but thanks to the skill of the fitters and the flexibility of the Sarnafil system, the project was finished to an impeccable standard and on time.

All members on the team agree that the newly refurbished roof looks stunning and will defend this iconic building from the elements for many years to come.