The 187-bed hotel, restaurant and cafe  which due to open in October this year,  marked a major milestone this week following its “topping out” ceremony.

The project in partnership with developer BH Group offers a mixture of refurbishment to an existing Grade II listed, four storey building, and an entirely new construction of a 14 storey rotunda. 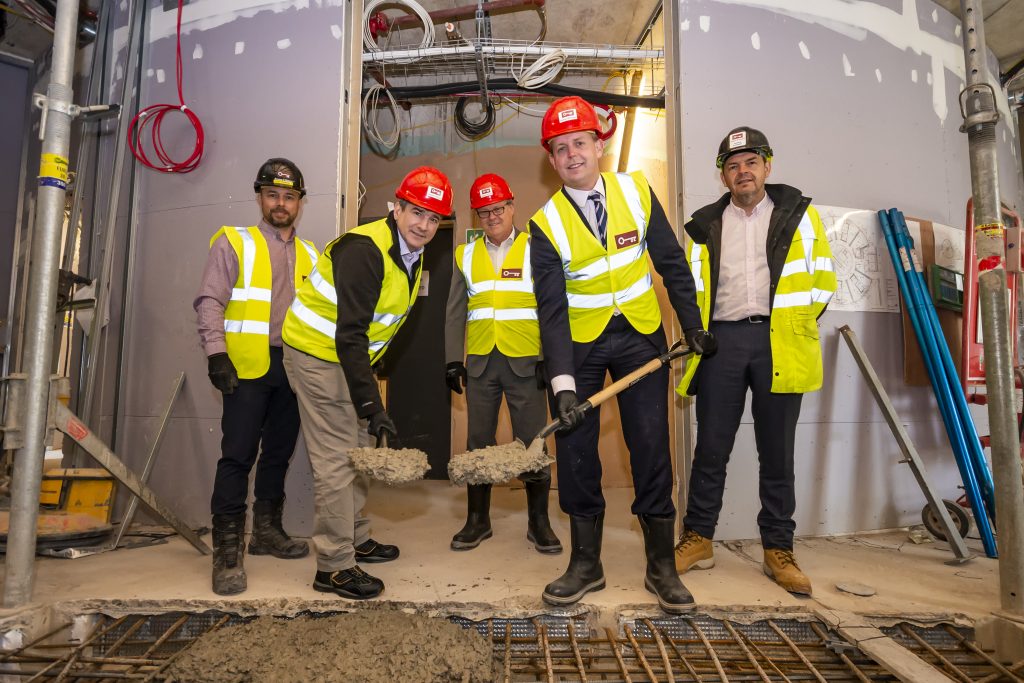 The Hotel Indigo Manchester Victoria was previously known as City Buildings; the project is the gateway site to the NOMA development, an £800 million, 20 acre (eight hectare) mixed-use redevelopment scheme in Manchester that is focused on revitalising and opening the northern area of the city centre.

James Houlston from BH Group said “The building looks incredible and will become a welcome addition to the Manchester skyline. This has been a complicated project but we are delighted with the progress made, we are on track for an October opening.”

Neil Brook, B&K Regional Director, said:  “The topping out ceremony is a culmination of a lot of hard work by the team, there were a lot of challenges with this project, which required all the development team and council to pull together to make it happen. It is great to see that the end is finally in sight.”

James Houlston BH Group continued; “We are really excited about the concept that is being developed for the restaurant, bar and café. The location lends itself to creating something quite special and we’ll be unveiling our plans shortly. Despite a complex delivery programme and tight timescale we are on schedule, to the credit of all involved. This is a major undertaking for us and I know that when finished, this is going to be a hugely popular restaurant and bar, supported by an excellent hotel, all of which will support the regional economy with strong job creation.”