John Outram’s famous 1988 Postmodern pumping station on the Isle of Dogs, east London, has been handed a Grade II* listing.

The Department for Culture, Media and Sport agreed with advice from Historic England that the multicoloured ‘temple of storms’ was among ‘the most exciting buildings of the 1980s’ and deserved statutory protection. 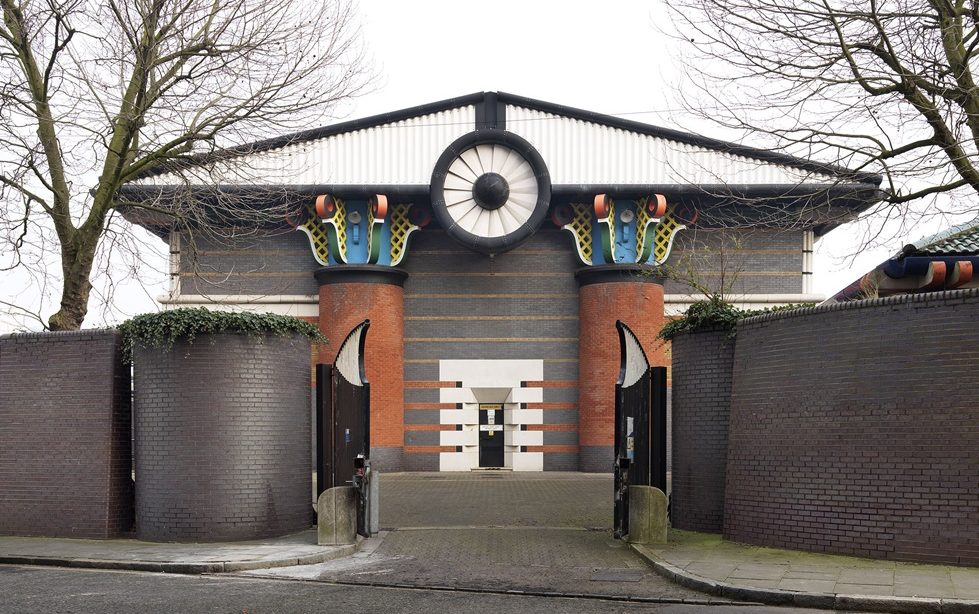 It is the debut listing to emerge from Historic England’s ongoing thematic assessment of Postmodernist buildings, which is looking at the ‘most significant examples of the movement’ – many of which are now reaching the 30-year-old listing age.

Officially known as the Storm Water Pumping Station, the pocket gem was described by Historic England as the first example of Outram’s ‘mature style and remains one of his best-known buildings’.

It now joins the 8 per cent of buildings listed in the upper categories of Grade II* and Grade I – a select group of England’s finest and most important landmarks. 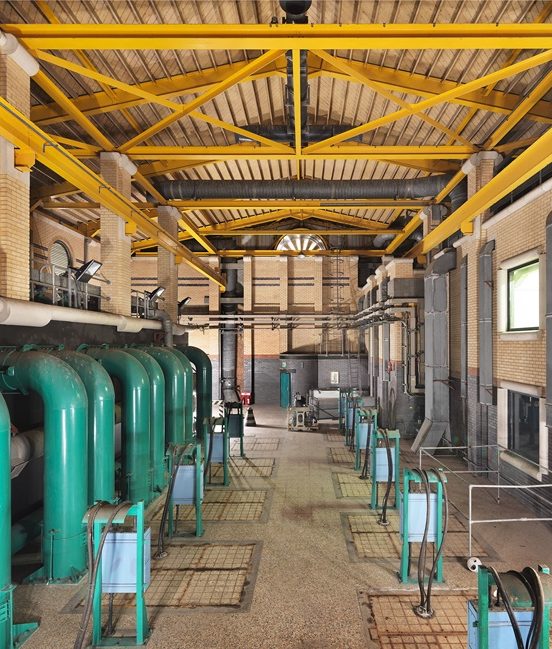 A spokesman for Historic England said: ‘Outram’s pumping station returns to the tradition of impressive municipal pumping stations which largely came to an end in the 1930s. Beacons of this tradition include Sir Joseph Bazalgette’s richly fanciful Gothic Abbey Mills Pumping Station of 1868.

‘Built over 100 years apart, Bazalgette and Outram’s polychromatic pumping stations share an exuberant celebration of their utilitarian function, the earlier building christened a ‘cathedral of sewage’, the later a ‘temple of storms’.

Roger Bowdler, Historic England’s Director of Listing, said: ‘Outram’s pumping station was one of the most exciting buildings of the 1980s. He exulted in the panache and exuberance of Classicism, and gave this utterly functional structure an exterior which is unforgettable.

‘It is vital that we keep the List up to date: it’s really exciting that we are starting to see the very best of Postmodern buildings find their place among England’s finest works of architecture.’ 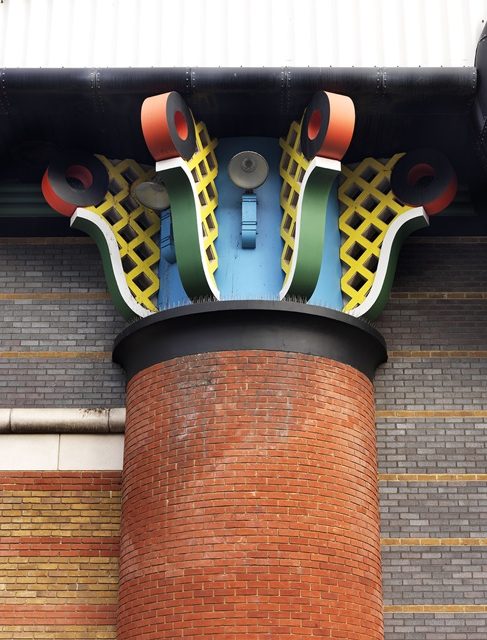 Responding to the news of the listing, John Outram, 83, said: ‘The oldest architecture I ever visited was the 20,000-year-old painted caves of Lascaux. Decoration is the origin and essence of architecture. It can mediate, in the theatre of a built room or a built city, the epiphany of a meaning.

‘I was told, in 1955, at the beginning of my life as an architect, that my medium was both to be illiterate and devoid of metaphysical capacity’

‘My work has been a rebellion. I refused to live in a city designed by proudly subliterate haptics whose ambition was to reduce it to mere plant. I aimed to invent that ‘meaning’ and confirm those epiphanic techniques.

He added: ‘I have never wanted to be part of that celebrity circus which the star architects have found it necessary to become. I like my work to stand for me. After all, that is what it is for. So I am particularly pleased that so much has been understood, and so well recounted in the listing.’ 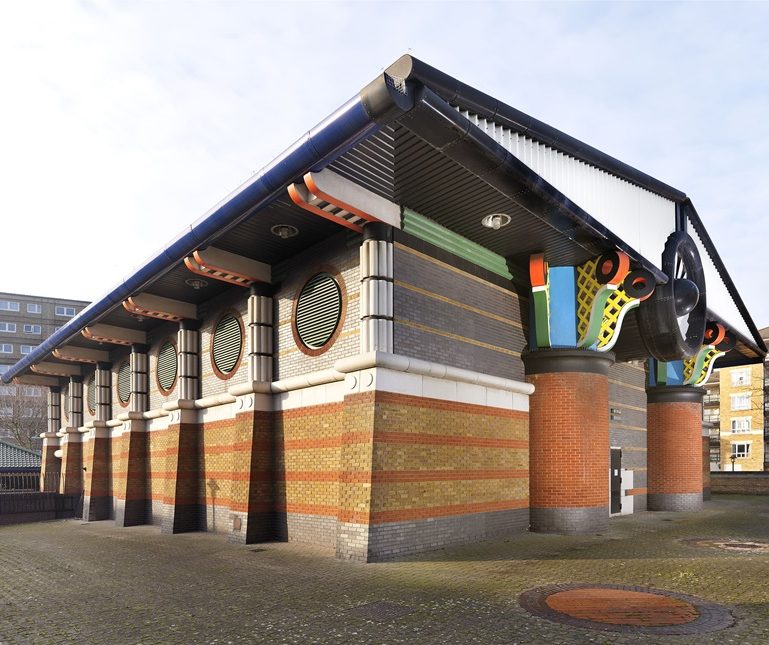 Other major schemes by Outram include his Cambridge Judge Business School extension from 1995 and his Egyptian House in Oxfordshire, built in 2000.

Meanwhile the listing of the ‘pioneering masterpiece’ has been celebrated by The Twentieth Century Society, which described the decision as a turning point for Postmodern architecture.

The society’s director, Catherine Croft, said: ’This is not the first Postmodern building to be listed, but it is the first of its genre to be listed purely on its own merits without the presence of a threat. In a way it represents the advent of the Postmodern style into the architectural canon which is an exciting and important moment.’

Investing in Education for the Next Generation