During any renovation, refurb or extension project at some point you’ll find yourself with the time consuming job of fixing old timbers to new timbers or metal beams. Traditional fixing options like coach bolts and threaded rods are slow and can be difficult to work with especially in confined spaces such as roofs and floors. And some of the resulting joints can be less than satisfactory when it comes to pleasing building control inspectors and project managers which can lead to costly and time consuming rework.

Joyner Bolt spiked timber fixings take the pain out of any timber connection job no matter how complex or difficult to access because they’re specifically designed to speed up the process whilst GUARANTEEING a quality joint every time.

The spiked head immediately grips the timber, allowing joints to be tightened with one hand without the head turning or pulling through. The end result is a strong, quality joint even where holes have had to be overdrilled – all of which saves time and eliminates wastage.

Joyner Bolt is available in a task specific range of only 10 bolts across two wire diameters (M10mm & M12mm) with each length (80mm, 115mm, 125mm, 180mm and 230mm) corresponding to a specific common construction joint (see diagram below) making it simple to select the right bolt for the job.

In a recent renovation project to a 19th century schoolhouse in Wisbech, Cambridgeshire M12 x 125 Joyner Bolts were used in the roof and ceiling area of the original Grand Hall and Headmaster’s Office where roof trusses and joists had collapsed due to woodworm and rot. Property owner Richard Hussey came across Joyner Bolt when searching online for fixings that would offer high quality performance for his project.

‘I spoke to the Joyner Bolt team before I bought the product’ says Richard ‘and I was impressed by the fact that designers Dan Hardingham and Mark Doye both had construction industry backgrounds. Their experience means that like all great products Joyner Bolt looks simple, is easy to use, but has some important user benefits designed into it.’ 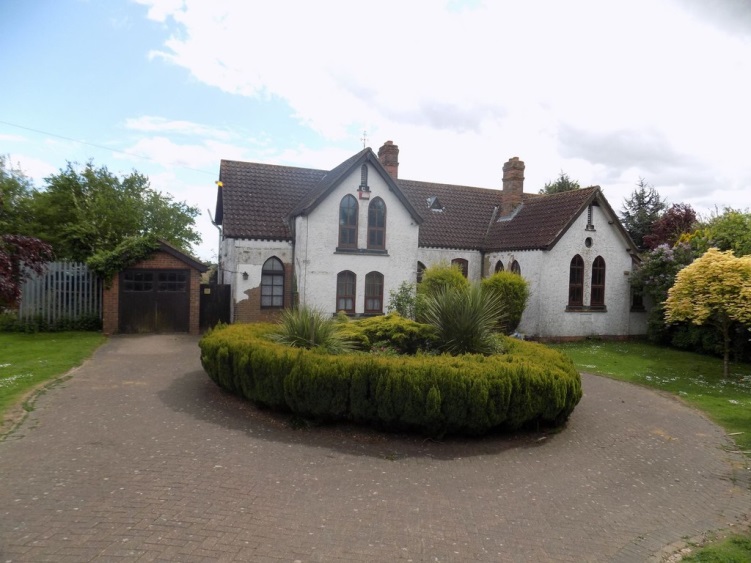 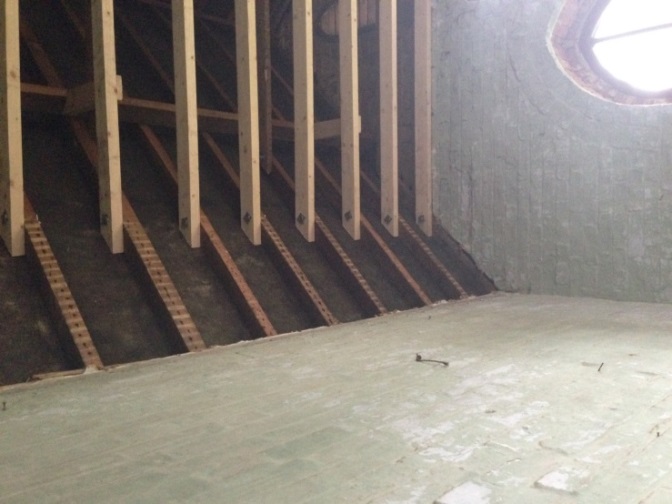 In another refurbishment project in London (2×2 bedroom flats) Joyner Bolts were used for the construction of an additional floor that spanned the whole building and required the installation of 224 engineered joists secured at each end to a new secondary timber frame. In order to test the product against more traditional methods, threaded rods were used down one side and Joyner Bolts down the other.

The threaded rods on side 1 had to be cut to size which took a lot of time and generated waste product and they needed two washers and two nuts per fixing. The Joyner Bolts on side 2 required only one washer and nut per fixing and produced no wastage. Overall the total material costs were broadly similar.

However, when it came to time and ease of use there was no comparison between the two products. Side 2 (Joyner Bolts) was completed in only 25% of the time of Side 1 (threaded rods) generating a labour saving of nearly £500 for only one aspect of the renovation project. In addition, the Joyner Bolt side was GUARANTEED to meet building control specification which meant no chance of rework costs and zero wastage on the job. 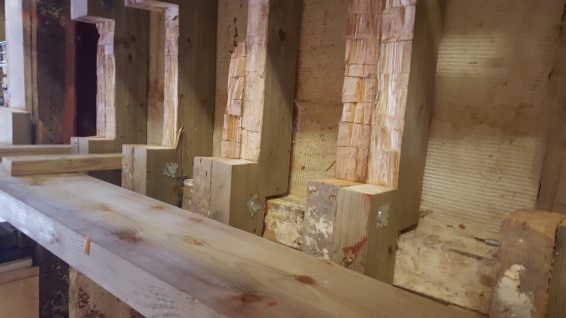 Joyner Bolts were used to connect 250 year joists to new timbers in a prestigious 5 storey Georgian townhouse project in London.

Joyner Bolt was launched in the UK at the 2015 Construction Week show and will be exhibiting there again this October. It’s been a busy year and Joyner Bolt is now stocked in Travis Perkins, IronmongeryDirect, Ridgeons and independent Builders Merchants around the country. Other national and independent stockists are soon to follow.

On top of a number of other awards Joyner Bolt have now been shortlisted in this year’s innovation section of the Structural Timber Awards which will be judged in October.

Speaking about why he thinks the product has been so well received Dan Hardingham says ‘We put a lot of the time, effort and experience into designing Joyner Bolt and got a lot of user feedback as we went along which is why it’s now establishing its place as the fixing of choice on site. Today’s construction industry puts emphasis on combining speed, quality and performance and Joyner Bolt provides all of these. It’s so simple, it’s clever!’ 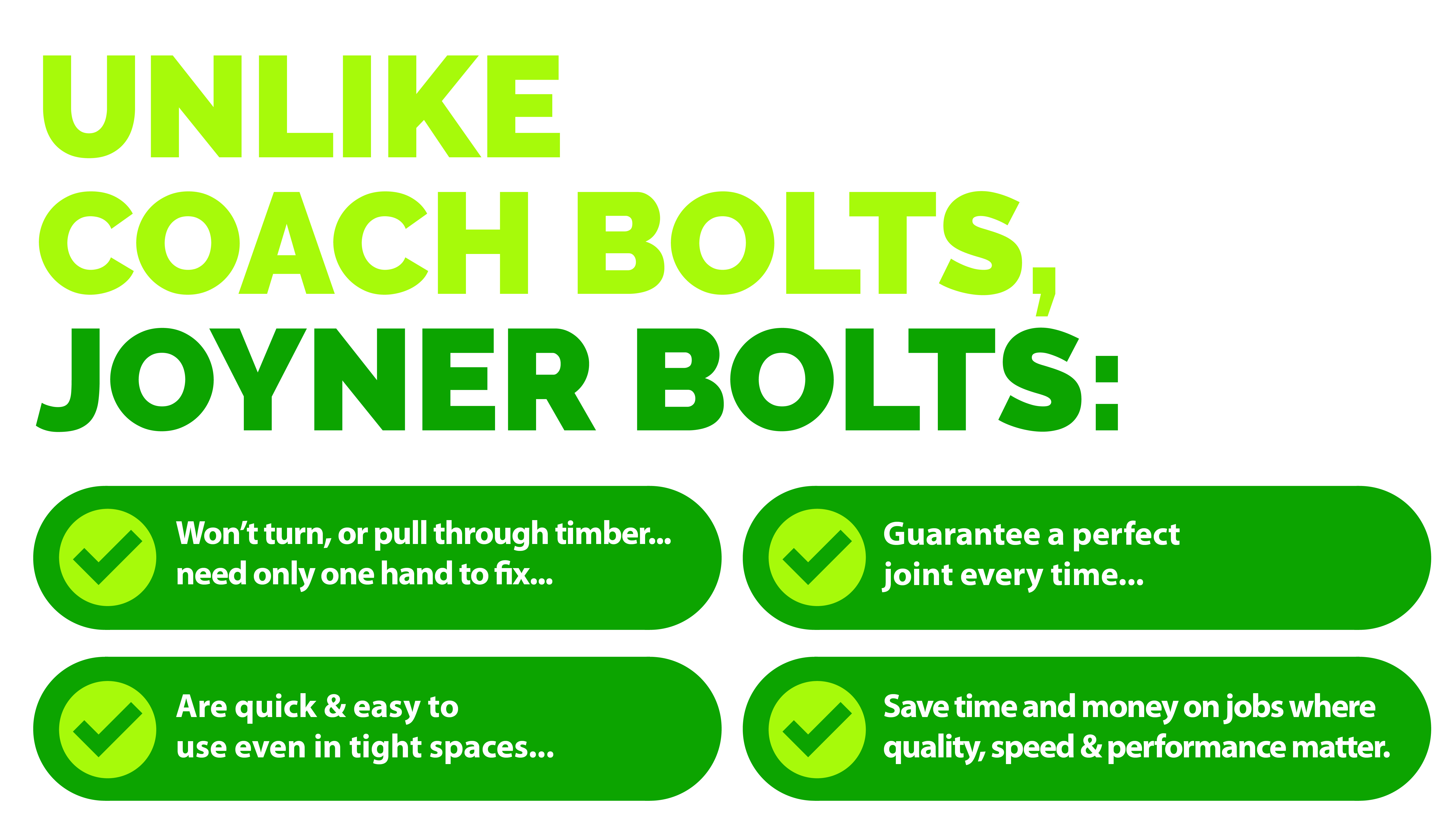 To find out more about Joyner Bolt or to request a sample of the product go to the website www.joynerbolt.co.uk or visit the team on stand T3/503 in the Timber Expo hall at the NEC during Construction week (18-20 October)

Ergonomic appliances that don’t compromise looks are the...

The City of Hyvinkää digitalizes its public buildings...