The University of Warwick celebrated its 50 year anniversary in 2015 and many of the buildings on its Gibbet Hill Campus were purpose-built when the University was first established.  Amongst these is the Life Sciences Building, which was constructed in 1965 and contains a lecture theatre, research labs and teaching spaces as well as offices and a café.

While the building is structurally sound, the building envelope had started to show signs of wear and tear and its distinctive black and white tile cladding was in urgent need of repair.

Explains Richard Weston, head of special projects at the University of Warwick’s estates department: “The tiles had faded and become discoloured over time which affected the building’s aesthetics but more recently they had started to loosen, prompting us to erect a scaffold to ensure that no tiles could fall onto circulation areas below.

“It was clear that we needed to take action quickly but any investment in addressing the cladding system had to be aligned to our wider property management strategy for the whole campus.”

While the university was committed to finding a solution that would improve both the condition and the appearance of the façades at the Life Sciences Building, it had to ensure that the chosen approach was selected in the context of a complete campus property review. The University was in the process of deciding which elements of its estates to refurbish and which to replace; a master planning process that is expected to take around two years.

It was clear that the issues with the cladding on the Life Sciences Building couldn’t wait that long, so the University decided to look for an affordable solution that would last for 5-10 years, while improving both the building’s aesthetics and the condition of the façade.

Richard continues: “While the cladding remediation was envisaged as ‘temporary’, we didn’t just want to patch it up; we needed an interim solution that would be robust and attractive with sufficient longevity to allow the property strategy to be agreed and implemented without the pressure of tackling this building first.

“I had used Kemper System’ products for a roofing project in a previous role and had been very impressed with both the product and the technical support the company provided.  I didn’t know whether the roofing systems were suitable for facades or whether the company had any other products that could answer the requirement, but decided to see whether they could suggest a viable solution.” 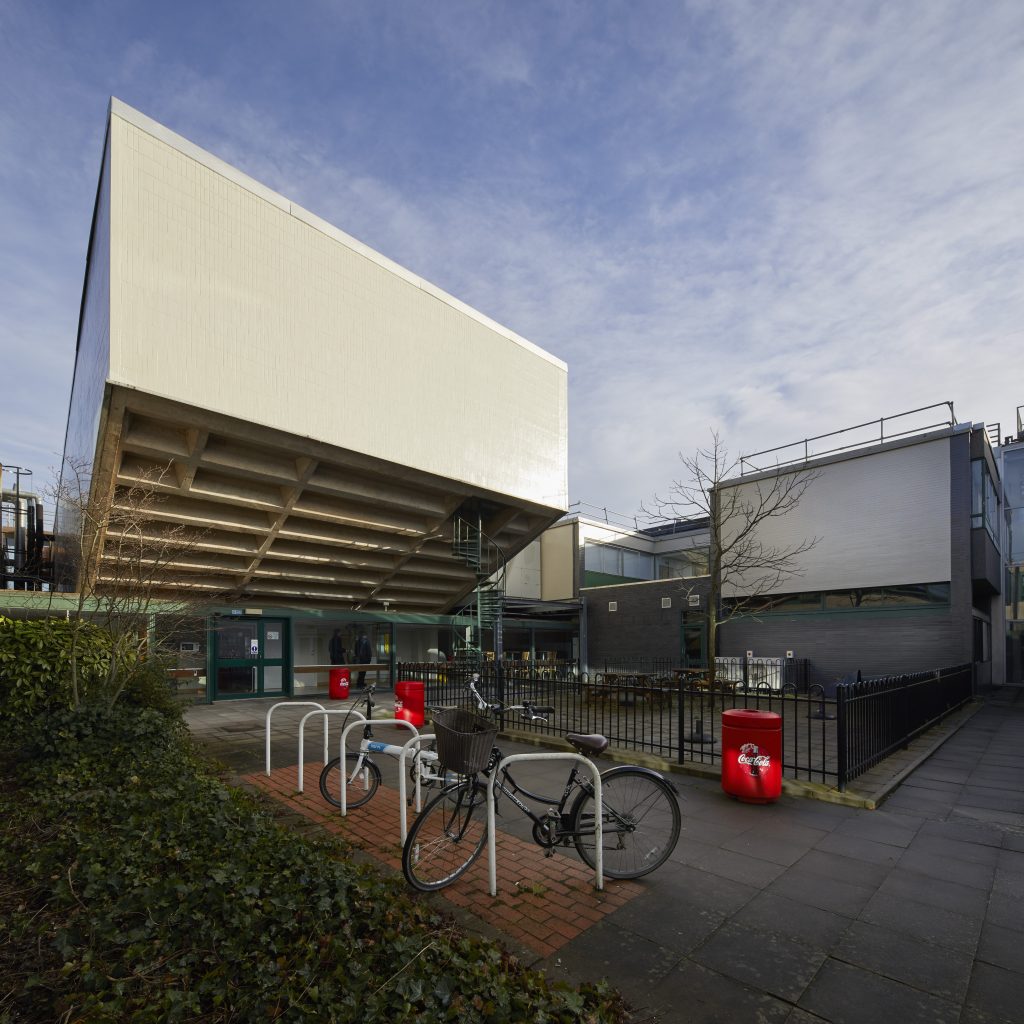 While Kemper System had never been involved in a project to encapsulate a building’s cladded façade in the UK before, the Kemper System team was aware of similar schemes in Europe and visited the site to assess the building’s condition, discuss the University’s requirements and recommend a suitable approach.

Explains Stuart Hicks from Kemper System: “It was clear that the majority of the cladding tiles, while discoloured, were still in good order and remained secured to the façade with the original adhesive.  However, some were loose and at risk of falling off, there were gaps where tiles had already been dislodged and there was no homogenous surface to protect the building from water ingress.

“Our advice was to clean and prepare the facades, removing and replacing any loose tiles or grout, and then use filler and primer to create a new façade surface, before sealing the tiles in place using Kemper System’s Coetrans liquid resin.  In this way, the whole façade could be encapsulated with no need for strip out while the building remained operational.”

Having agreed the methodology and specification, the University consulted Kemper System on a suitable contractor to carry out the work and JMG Roofing was appointed.

The project team began by using Kemper System’s Kemperol Stucco to repair areas of the façade where there were missing tiles or gaps in the existing cladding system. A fast hardening PMMA filler, Kemperol Stucco is applied as an elastic grey paste that is rain resistant within 40 minutes of application.

Once the Kemperol Stucco had dried to create a smooth, even surface, JMG used Kemco Pox 2K Primer to prepare the substrate for the application of the Coetrans resin.

Stuart continues: “Because of the unusual nature of the project, this scheme involved the use of several Kemper System products that may be unfamiliar even to experienced Kemperol installers.  There was no architect involved in the project so the specification was based on our in-house team’s technical expertise to design a system that would provide a durable, attractive finish to the vertical wall surfaces that would be impervious to water.”

Once the primer had cured, Kemper System’s Coetrans liquid resin was applied in a combination of two colours; ‘rock grey’ to complement the black tiles and ‘ice grey’ to complement the white tiles. The Coetrans coating was built up in multiple thin layers to help continuity of thickness to maximise the long-term integrity of the coating.  This was then finished off with a Coetrans Silk translucent top coat.  The solvent-free Kemperol 2K-PUR liquid waterproofing system was also used to provide a fleece reinforced and watertight seal for corner details and window apertures.

The result is a completed façade that retains the familiar black and white aesthetic of the original building while repairing the original structure and substantially reducing the risk of tiles loosening or falling off in the future.  Moreover, the combination of Kemper System products used means that the new façade coating has encapsulated the building, completely matching the contours of the original build.

Richard adds: “A more conventional approach may have been to repair the tiles and await decisions about the property strategy but, potentially, this could have meant several repair projects over five to ten years.

“By working with Kemper System we were able to take an innovative and cost-effective approach to updating the look and condition of the building with a liquid system that was ideally suited to following the unique shape of its tiles, columns and alcoves. It meant that we could continue to use the building throughout the programme and this approach to minimising disruption while maximising the outcome for our campus estate is definitely one we’ll consider again in the future.”