Lendlease has been recommended as the preferred bidder for the role of longterm development partner for the £1bn High Road West scheme in Tottenham.

Located next to Tottenham Hotspur’s new stadium, the major regeneration project will help to establish High Road West as a new sports and leisure destination with improved public spaces and community facilities. 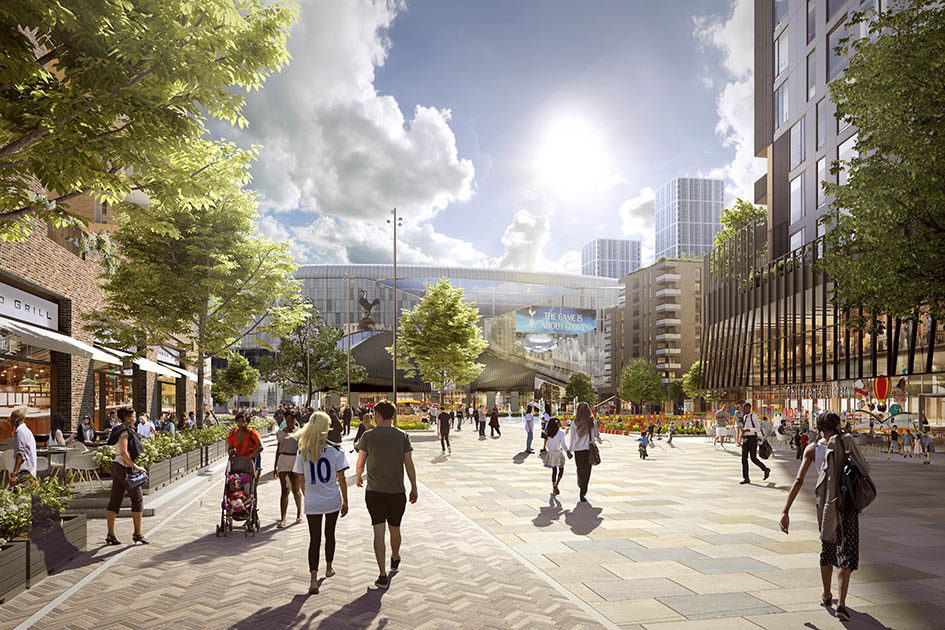 Subject to Haringey Council Cabinet approval, Lendlease will deliver over 2,500 homes, sustaining around 3,000 construction jobs during the lifetime of the scheme.

The firm fended off rival bids from Barratt Developments and Linkcity (Bouygues) to secure the ambitious regeneration plan, which includes a new local centre with new library and learning centre in a new public square with shops, restaurants and community park.

Under this arrangement Lendlease over the next 20 years through a Haringey Development Vehicle joint venture will drive construction of new homes and a new town centre in nearby Wood Green.

The development sites proposed for this regeneration plan are the former Cranwood care home in Muswell Hill; the council’s civic centre, Station Road offices and library in Wood Green; and the Northumberland Park regeneration area.

Both schemes together will provide a major pipeline of work for Lendlease as its Elephant & Castle regeneration scheme in central south east London draws nearer completion.

The Tottenham scheme will be delivered alongside the Northumberland Park Estate Regeneration scheme being taken forward by the Haringey Development Vehicle.

Lendlease’s chief executive for international operations, Dan Labbad said: “We are delighted to have been recommended as the preferred bidder for such a transformational project and look forward to working with Haringey Council, the local community and other stakeholders to help realise the vision for Tottenham. ”