Monika Slowikowska to speak at Women in Construction Summit

Monika Slowikowska, one of the most prolific female leaders in the construction industry, has been announced as one of the speakers at the forthcoming Women in Construction Summit. This news comes at a timely and important moment that celebrate women’s achievements in the UK. December 2017 marked 100 years since the first general election in which women voted in the UK. The speaking opportunity also takes place ahead of International Woman’s Day, 8 March 2018; a day which celebrates the social, economic, cultural and political achievement of women. 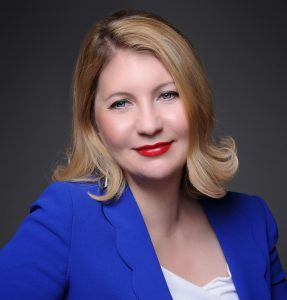 Taking place on Tuesday March 6 at the 8 Northumberland Avenue venue, close to the River Thames in London’s iconic West End district, the Women in Construction Summit seeks to level the playing field, promoting women in the industry and driving gender equality to the top of the sector’s agenda. The speaking appointment comes at a time of reflection for Monika Slowikowska and her Golden House Developments company, after a sixth successful year of operations. In that time, led by the driven and inspirational director, the company has picked up two prizes in the London Construction Awards, with Monika winning the Women in Construction Award and Golden House Developments triumphing in the London Build Excellence Award category.  Monika has underlined the fact that the industry event comes at a time when women in construction are very much in the spotlight. She has highlighted the importance of recognising that while the construction sector employs as many as 2.1 million people, women comprise only 11% of the workforce, and are paid 12% less than men carrying out the same roles as them, according to research.  Ahead of the Women in Construction event, Monika has also taken the opportunity to point out the key facets that have made Golden House Developments a successful venture. Under Monika’s stewardship, Golden House Developments have sought to cut the conflicts which so often slow down construction projects, and instead use in-house teams to reduce overheads.

As a sole director and owner, Monika is one of the only women working in the construction industry at this level. She is of Polish origin and came to Britain unable to speak English, but has since held roles in the engineering and construction industries.

She launched Golden Houses in 2012 and has built it into a success story. The business is growing exponentially and achieved six times higher turnover in its fourth year than it did in its first year.

Monika Slowikowska, the founder of Golden Houses Developments, commented: “2017 was an unsurpassed, award-winning year for Golden House Developments, and we are looking forward to an even more fruitful year in 2018. We have reached our current position by raising the bar in the areas of design, construction and quality – all of which we recognise as being vital to our clients. I am a great believer that you should never forget who you are and where you come from, and I hope that by giving my own perspective at the Women in Construction Summit, I can offer some insight to my female colleagues in our industry.”

A third of homeowners would prefer a female tradesperson, new FMB research reveals