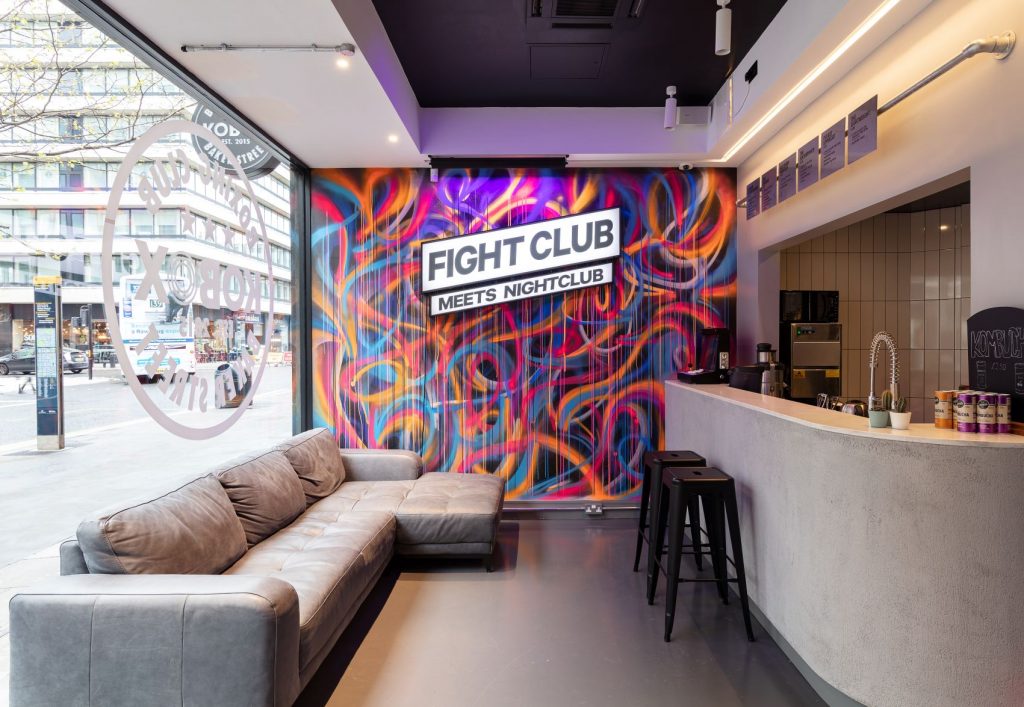 KOBOX is a new gym concept whose slogan is “fight club meets nightclub” and its high-intensity training courses are backed by loud music and blacklights to help simulate a late-night entertainment venue. 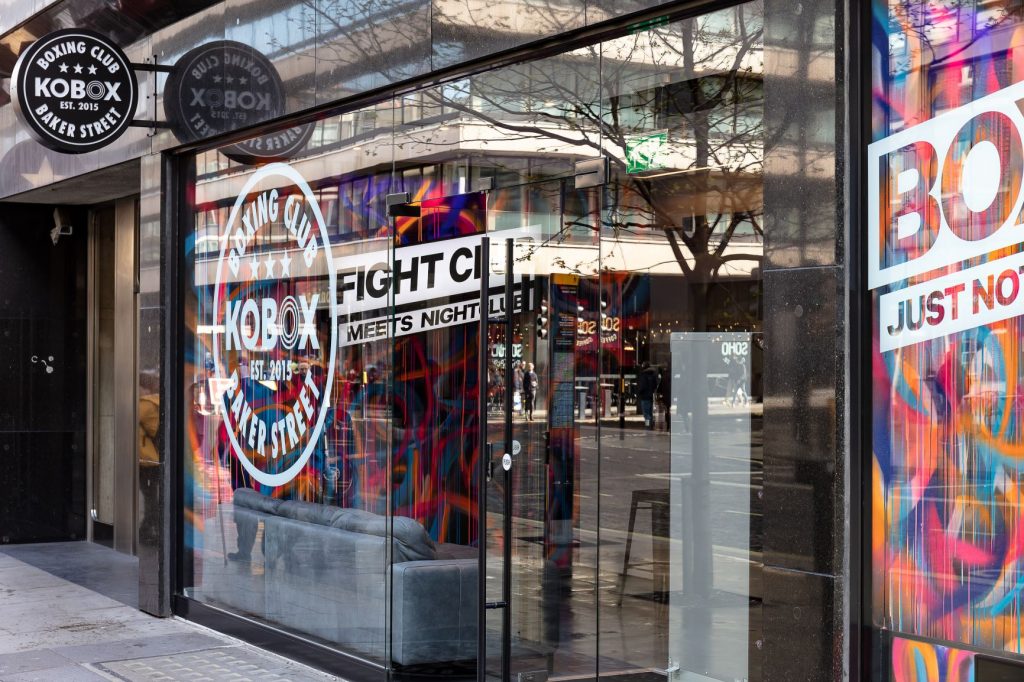 SHH’s brief was to bring the KOBOX nightclub theme to life with unusual design elements that combined features from entertainment venues with a modern, state-of-the-art gym facility. This involved stripping away the interior, which was formerly two cycling studios, to create one large studio space designed with an edgy aesthetic, with features including metal mesh in the changing room areas, key clamp merchandise displays, and graffiti covered walls. 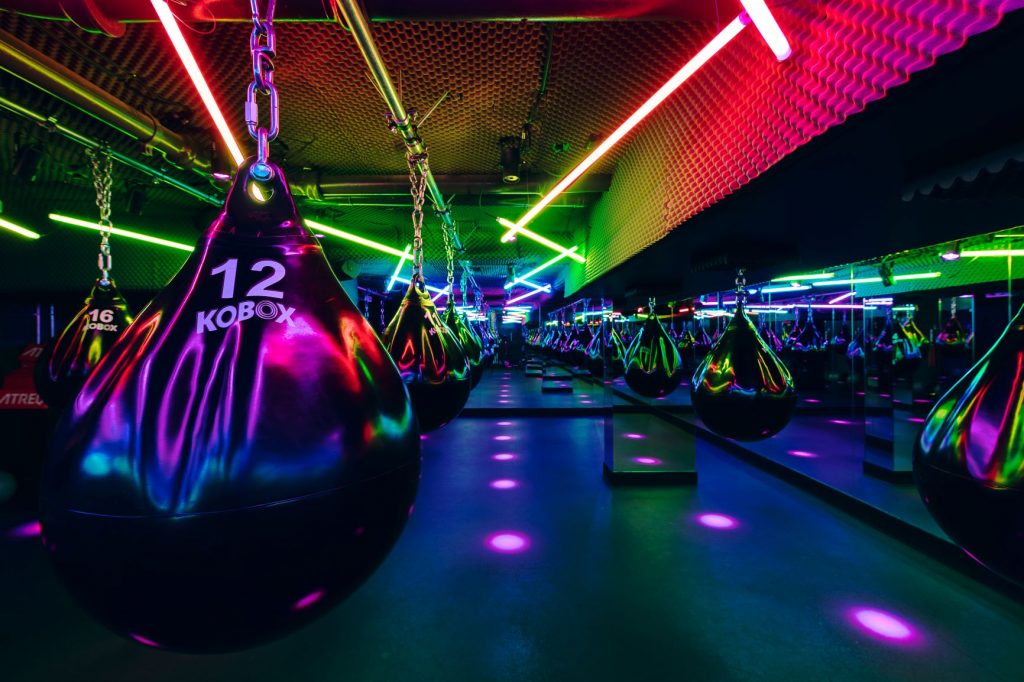 Rose McShane, Project Architect from SHH said: “This is the second location we have designed for KOBOX, which is expanding with new sites across London to accommodate a rapidly growing client base. People come here to experience a clubbing vibe in a high-intensity environment, so we needed to maximise the most important elements – light, sound, and atmosphere.

“Our approach was to focus on which elements would have the greatest impact on the overall user experience. This meant we had to overcome obstacles such as adding extra acoustic insulation despite the low ceilings and, because the budget was limited, being selective over which materials we used to ensure that there was brand continuity throughout the studio. We’re really pleased with the result, which truly brings the nightclub theme to life.” 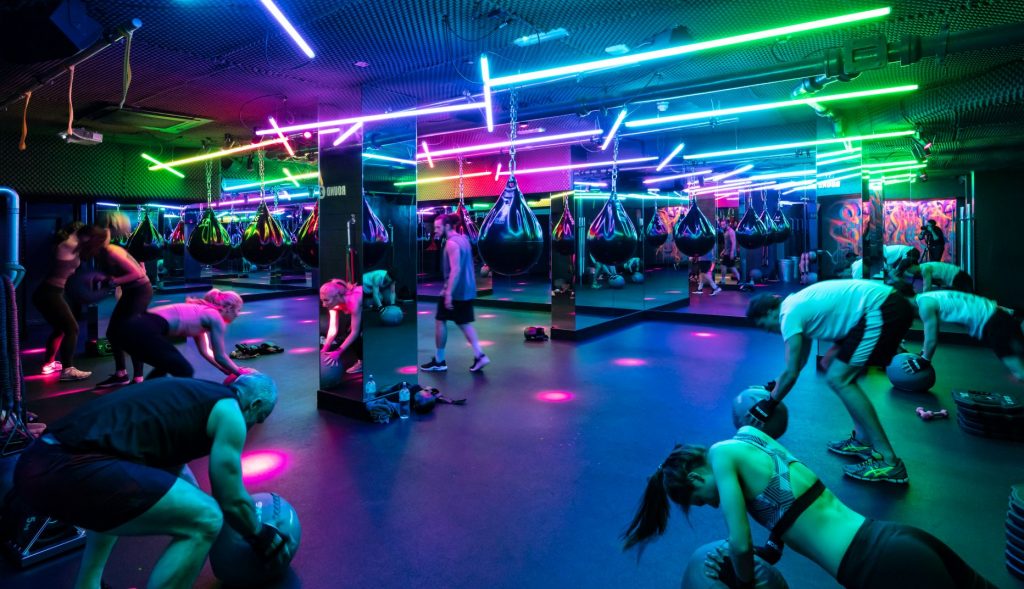 Founded in 1991, SHH is an internationally recognised architecture and design practice based in West London. For more information, visit www.shh.co.uk