A 28-year­-old scaffolder has been sentenced after working at height without suitable and sufficient safety measures in place.

Greater Manchester Magistrates’ Court heard how, on 30 June 2017, Mr Terrance Murray was witnessed erecting scaffold in an unsafe manner by a concerned member of the public. Photographs were taken of Mr Murray standing on top of the scaffold in Quay Street, Manchester, with no edge protection and no harness attached to any part of the scaffold or building. 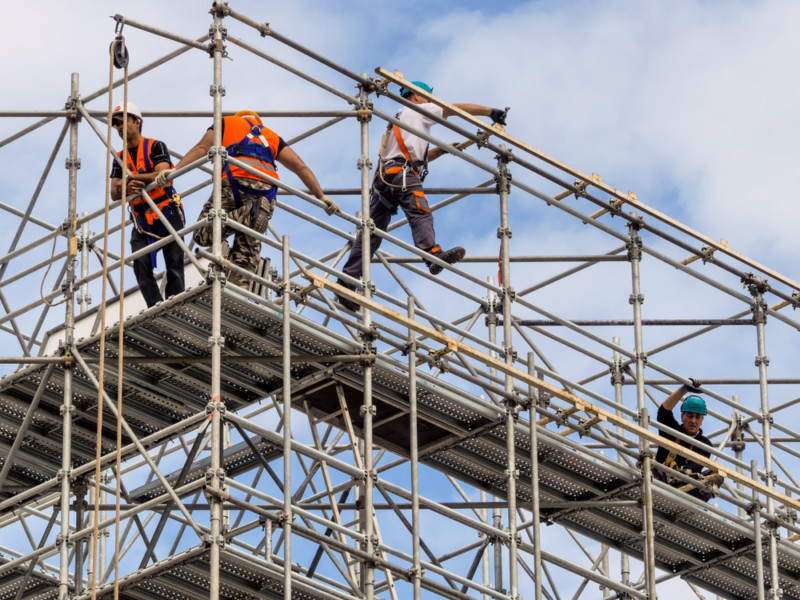 The fall height was estimated at between 13 and 18 metres. If he had fallen from this height into the concrete deck of the car park below there is a high probability that he would have sustained fatal injuries.

An investigation by the Health and Safety Executive (HSE) found that Mr Murray’s employers had taken reasonable steps to avoid working unsafely at height. Mr Murray was well trained and experienced, and had the correct equipment available to him in order to work safely. He acted alone against his better interest and training to work without edge protection and safety measures in place. Mr Murray was also accompanied by a trainee scaffolder at the time and so was setting an unsafe example.

Mr Terrance Murray of Largs Road, Blackburn pleaded guilty to breaching Section 7(a) of the Health and Safety at Work etc. Act 1974 and was sentenced to 26 weeks in prison, suspended for one year and 100 hours of community service. Mr Murray was also ordered to pay costs of £500 and a victim surcharge of £115.

Speaking after the hearing, HSE inspector Seve Gomez-Aspron said: “Falls from height remain one of the most common causes of work related fatalities in this country and should be taken seriously.

“This case highlights the importance of following industry guidance in order to erect scaffolding in a safe manner, which does not cause risk to members of the public and workers using the scaffold. It also serves to remind employees that they have a duty to look after themselves.”

AIR AMBULANCE LIFTS OFF WITH HELP FROM ERA