As an independent guardian of the lead industry standards, the LCA represents the Mark of Quality, supplying technical information and services to support the industry and drive up standards.

The Murdoch Awards have long been recognised as a symbol of excellence for those engaged in the leadwork industry. This year has seen the introduction of a new award category to recognise the highest standards of quality achieved within ornamental leadwork.

In addition, the award winners recognised the sustainability credentials by incorporating ‘Envirolead’ supplied by ALM as their material of choice.

At the awards ceremony, ALM’s MD Barry Smith said: “As one of the UK’s leading distributors of rolled lead sheet, we are pleased to continue with our sponsorship of the Murdoch Awards which do so much to enhance the profile of lead sheet, along with those involved in its use and our industry as a whole.”

This year saw a record number of entries from a diverse industry cross section of Micro, SME and Tier 1 contractors. The judges confirmed they were of an exceptionally high standard, as one would expect for these coveted awards. Those that successfully passed the rigorous vetting process were then selected for consideration.

Alongside the importance of delivering the highest quality of workmanship, prospective applicants for next year’s awards are advised to give consideration to the quality of photography of their work at all stages which help to display the craftmanship of the final result for judging. Please see the end of the article for application details for 2020. 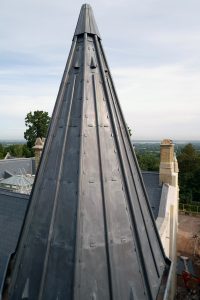 Formerly part of Brunel University, Audley Cooper’s Hill luxury retirement village is located within the 66 acres of the Magna Carta Park in the village of Englefield Green. This Grade II listed building required considerable renovation and lead sheet was chosen to maintain the traditional appearance of the dome turrets whilst also complying with planning requirements in order to ensure a long-lasting finish.

The majority of the dome’s octagonal turret is in code 5 lead, including the vertical panels and bays which were centralised with wood roll. The head tradesmen used code 7 for the clips as it was agreed to increase by two codes instead of the standard practice of one code. Richardson Roofing record of client satisfaction is second to none with a reputation that instils confidence. 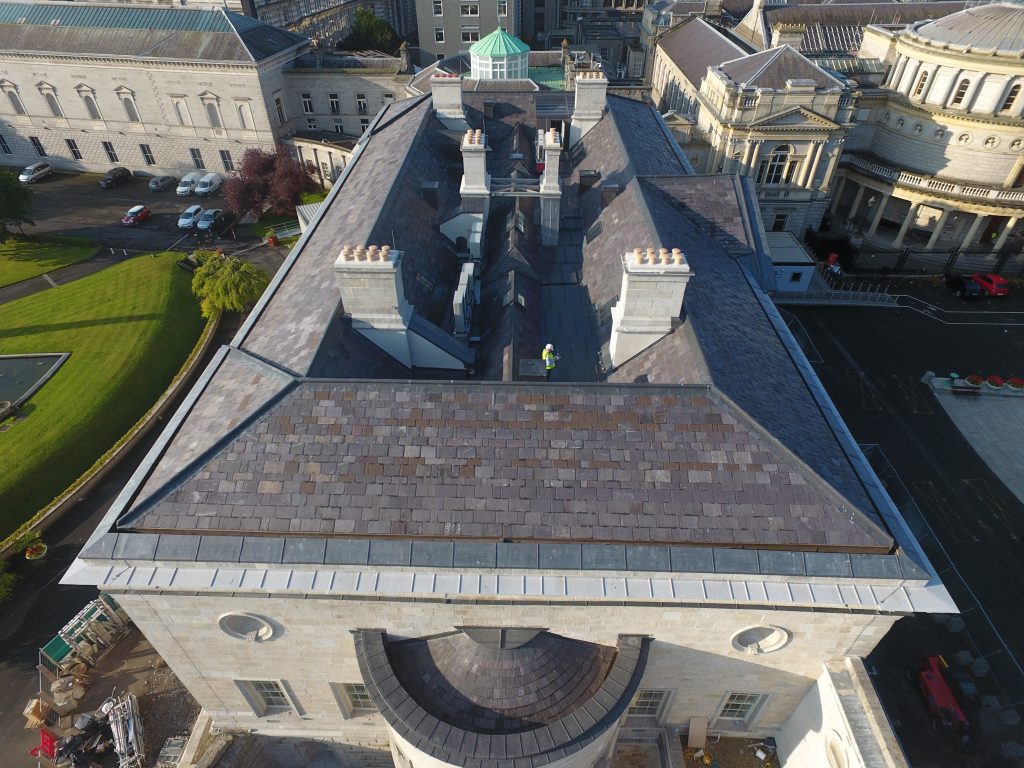 Ian Whelan worked with his son on this major project which included the LCA’s unique 25-year guarantee to endorse their workmanship.

Built in 1745 for the Earls of Kildare and Leinster, Leinster House in Dublin is the seat of Oireachtas, the Parliament of Ireland.

The restoration of Leinster House began in 2018 and M&I Lead were appointed as the lead working contractor by the main contractor Duggan Brothers Ltd. The original quality of leadwork and design was poor and had been continually repaired over many years. A total re-design of the leadwork to every area of the building was required to bring it up to current code of practice for lead work BS6915. Lead procured from Metal Processors. 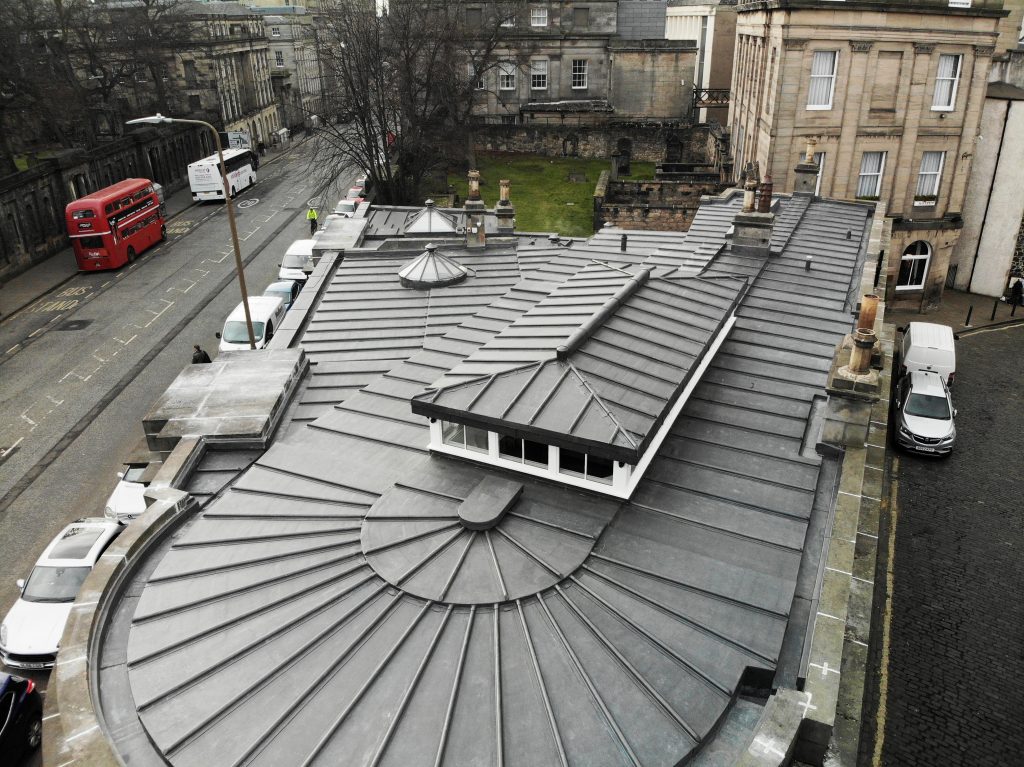 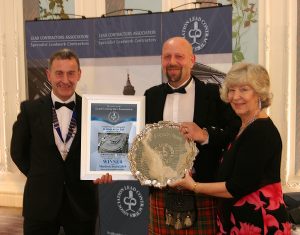 Originally constructed in 1818 and situated within Edinburgh’s World Heritage Site, 29 Waterloo Place was first used as a meeting hall (“Convening Rooms”) for local trades. The building was likely to have been originally covered in lead, however after many years of repairs and replacement, it had been reduced to green felt roofing by the time D Blake & Co undertook the job! Although irregularly shaped and with challenging roof geometry, the skill and professionalism of the artisans involved ensured a highly rewarding finish, which was fully recognised by the Murdoch Award.

D Blake was formed in 1877 in the city centre of Edinburgh by Mr David Blake, Alistair Rae joined in 1975 and after many successful years, sold the business back to the workforce who still own it to this day! MD Malcolm Thomson said “D Blake have consistently delivered the highest quality of lead work. We believe that quality counts and this helps the company obtain prestigious work”. 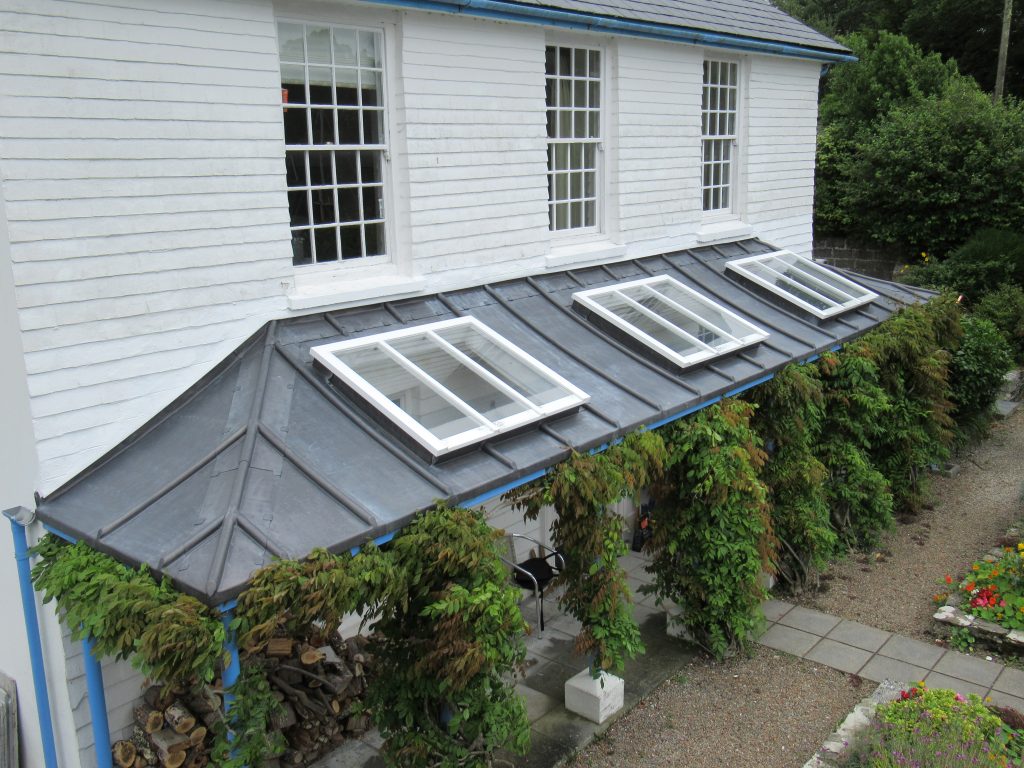 Tim said that the contract threw a few technical obstructions into the equation. The previous GRP had failed after only 25 years and being the main feature on the front of the house, Tim needed to ensure that it looked the part. With a lack of any necessary joints, the windows had sat almost completely flat to the surface which wasn’t possible with the new lead roof. Tim had to think of a way to maintain the windows’ low profile whilst overcoming the difficultly of spacing the lead rolls evenly and symmetrically. 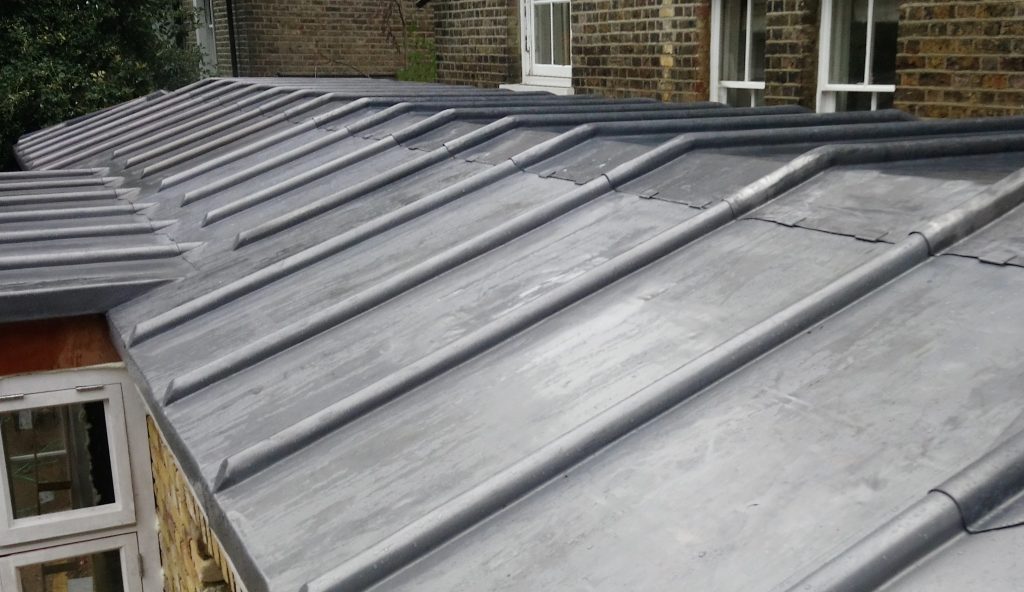 Chris Clarke said this project was a fully vented code 5 Vaulted pitched roof, with code 5 lead gutters, and code 4 ventilation cover flashing. The drip edges were fitted to all areas where necessary with a Z trim to stop wind lift and give a clean straight edge. Chris finds this approach provides an aesthetically pleasing finish to his work. The main contractors’ carpenter worked closely with Chris and produced the substrate and details specified which complement his exacting workmanship and help display the beauty of the final lead finish.

Tim was first introduced to this client when he completed a lead roof to the rear of the property, one of the original jobs he submitted to the LCA to obtain his membership.

The client originally planned to have a Sedum roof, but because of the exposed position they decided to go with lead. As an artist, the client appreciated simplicity and symmetry and was pleased with the how the colour of the lead blended with the often-cloudy Cornish skies reflected off the sea.

The view from the master bedroom looks out over the flat roof, which joins the sea on the horizon, giving a great blend of colour and texture.

Apart from the weather, Tim said this job was a pleasure to do and it was inspirational to work for clients who had appreciation for the craft along with a keen eye for artistic details, which can often be overshadowed by the functionality of a lead roof. 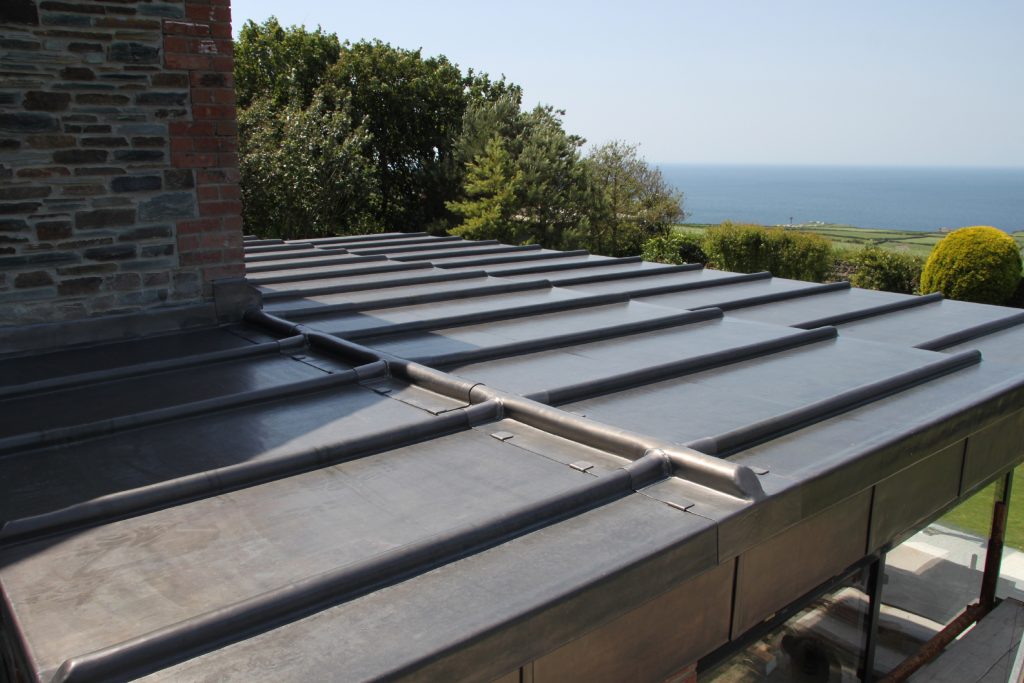 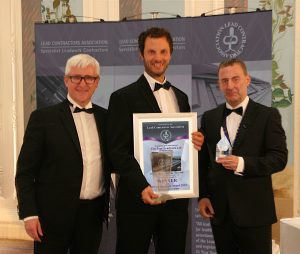 In 2016, Tim won the Young Lead worker of the Year Award which gave a massive boost to his business and confidence, and ultimately steered him towards become a member of the LCA. This allowed him to obtain the mark of quality for his company whilst also providing a source of knowledge and guidance.

In the last 2 years the company has employed two apprentices, enabling him to take on some larger projects and work on some of Cornwall and Devon’s most prestigious historic buildings, high-end modern coastal homes and supplying many roofing companies with ordinary lead components.

Tim felt very privileged to have won this award and hopes that it will be of great encouragement to his apprentices and will help set them up for a future in leadwork.

Paul Walters of ALM said: “As the distributor of rolled lead sheet chosen for the project at Curley Cottage, we took considerable pride in supplying the lead to Tim Fuge Leadwork via their nominated merchant.” 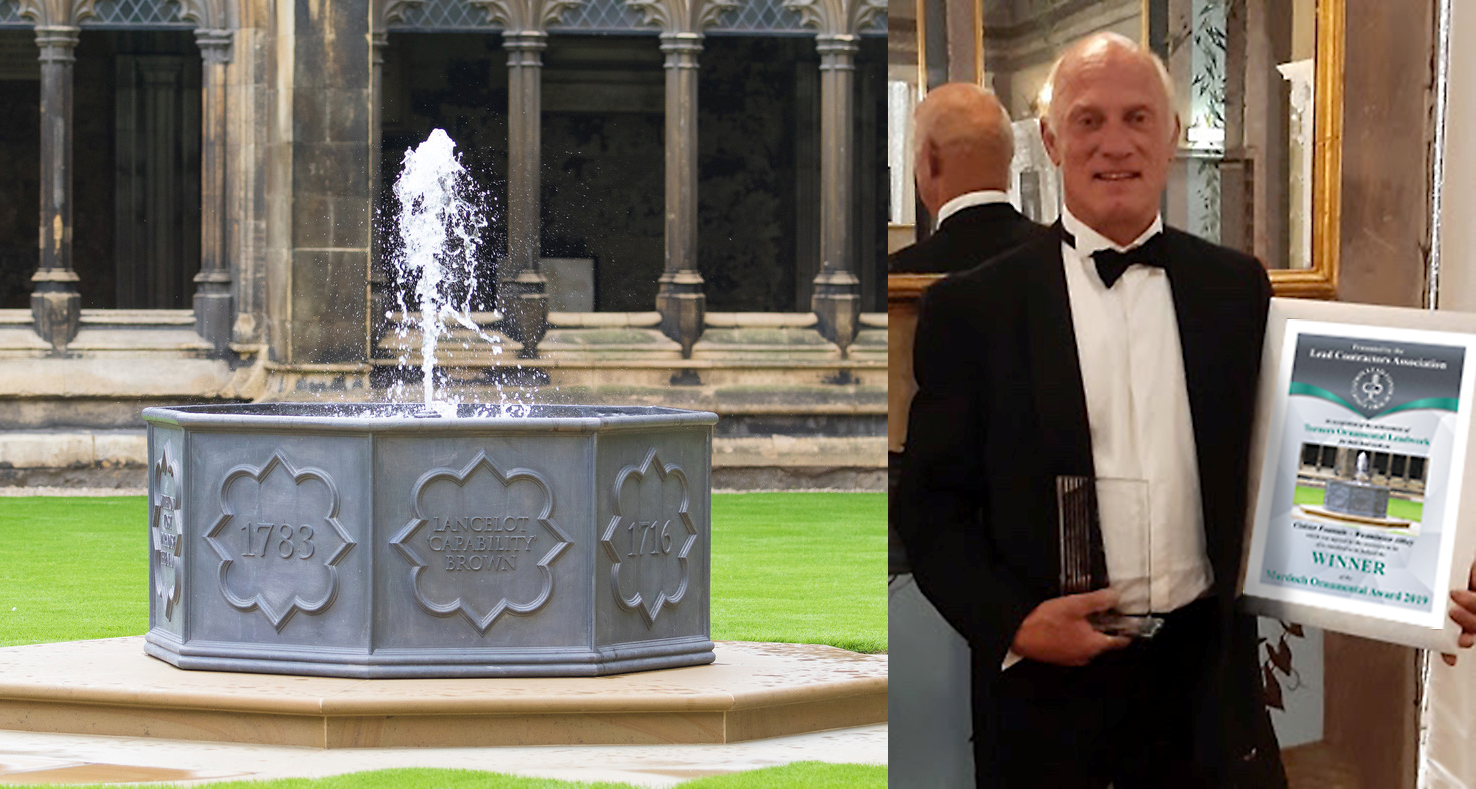 New for this year, the Murdoch Ornamental Leadwork Award won by Brian Turner.

Brain was surprised but elated to be recognised by his fellow craftsmen for the time, effort and years of practice and knowledge that went into the making of the cistern. Even after years of working with lead, this was a real challenge. Brian said if he’d been asked to make it five years ago, he would have struggled.

The planter was designed and commissioned to commemorate the tercentenary of Lancelot Capability Brown by Ptolemy Dean, the Abbey’s Surveyor of fabricant, and developed with the assistance of TV celebrity gardener Alan Titchmarsh.

There were four clear challenges with the project: the pattern, construction of the cistern, functioning of the water works and lifting and placing the cistern in position. After over 500 hours of planning, site visits and construction, the cistern was installed with assistance from Bakers of Banbury and Derrick in the Cloisters of Westminster.

Brian started his illustrious career in 1970 with A C Steer Ltd after attending Guilford Technical College in Surrey. Brian took an Ornamental lead casting course in West Kent College in 1987, using blueprints supplied by Dick Murdoch to help make a sand bed, and the rest as they say is history.

Entries for the 2020 Murdoch Awards are now being taken. Regardless of company size or history, if you believe you have a project worthy of consideration, we would love to hear from you. All LCA members, including clients, architects or specifiers that have used an LCA member, can enter a project by submitting details to the LCA Murdoch Awards Committee at MAwards@leadcontractors.co.uk. Please provide a portfolio with high resolution photographs.

The Lead Industry Mark of Quality