Thousands of jobs at risk as Carillion falls into administration

Thousands of jobs are now at risk as Construction services giant Carillion has entered into compulsory liquidation, this comes after  between the company, its lenders and the government failed to reach an agreement.

on January 15th an application was made to the High Court for a compulsory liquidation of Carillion. An order has been granted to appoint the Official Receiver as the liquidator of Carillion. 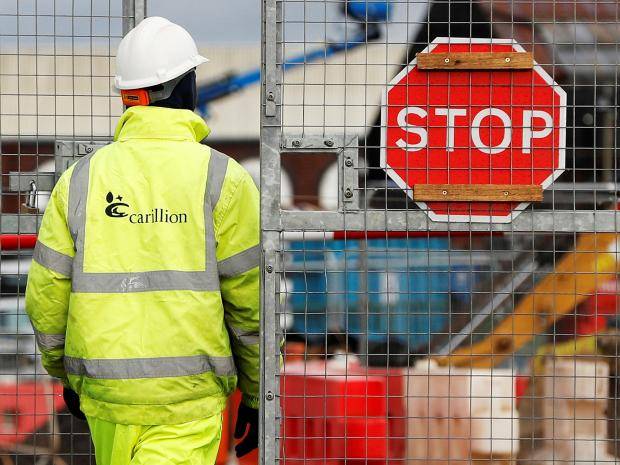 The company has debts of £1.5 billion with a pension deficit of £600 million.

Carillion’s Chairman, Philip Green, said: “This is a very sad day for Carillion, for our colleagues, suppliers and customers that we have been proud to serve over many years.

“Over recent months huge efforts have been made to restructure Carillion to deliver its sustainable future and the board is very grateful for the huge efforts made by Keith Cochrane, our executive team and many others who have worked tirelessly over this period.

“In recent days however we have been unable to secure the funding to support our business plan and it is therefore with the deepest regret that we have arrived at this decision. We understand that HM Government will be providing the necessary funding required by the official receiver to maintain the public services carried on by Carillion staff, subcontractors and suppliers.”

MP David Lidington, Minister for the Cabinet Office and Chancellor for the Duchy of Lancaster, said: “It is regrettable that Carillion has not been able to find suitable financing options with its lenders but taxpayers cannot be expected to bail out a private sector company.

“Since profit warnings were first issued in July, the government has been closely monitoring the situation and has been in constructive discussion with Carillion while it sought to refinance its business. We remained hopeful that a solution could be found while putting robust contingency plans in place to prepare for every eventuality.

“It is of course disappointing that Carillion has become insolvent, but our primary responsibility has always been keep our essential public services running safely.”

As the UK’s second largest construction company, Carillion is working on a number of major projects including HS2, the £745 million Aberdeen Western Peripheral Route (AWPR) and extending platforms at Edinburgh Waverley station.

Balfour Beatty, which is in a Joint Venture with the firm on three projects (the AWPR, the A14 in Cambridgeshire and the M60 Junction 8 to M62 Junction 20 scheme) said it will “continue to work with its customers and will meet its contractual commitments.

In a statement, the company said: “The cash impact to Balfour Beatty is likely to be an outflow in the range of £35 million to £45 million in 2018.

“The profit impact of Carillion’s compulsory liquidation would be recorded as an exceptional non-underlying charge in the income statement. Balfour Beatty does not have any other material financial exposure to Carillion.”

Union Unite said it will be seeking a meeting with administrator PWC to “press home that that the priorities now are not the shareholders but the workers who provide the service and the people relying on them”.

Jim Kennedy, Unite national officer for local government, said: “These have been a grim few days for this workforce. They will head into work today not knowing if their wages, pensions and even their jobs are safe.

“The administrator must provide reassurances on these to the workforce as a matter of urgency, and also that vital public services on which many depend will continue to be provided.

“One thing is evidently clear from this: there must be no business as usual for big business. There has to be an urgent inquiry into how a company that loaded itself with debt, which undercut competitors with unsustainable bids, which hoovered up vats of public money, and that had repeatedly alerted the government to its own financial shortcomings got its hands on so much of the public sector and taxpayers’ cash.”