Students at Oxford University’s Magdalen College have had their library transformed by Wright & Wright Architects.

The Grade II* listed 1850s building was originally built as a school hall. It had been reworked into a library by Giles Gilbert Scott in 1930, whose efforts included the installation of a new floor. But despite his changes, there were only 48 desk spaces and not enough shelving to hold all the books. 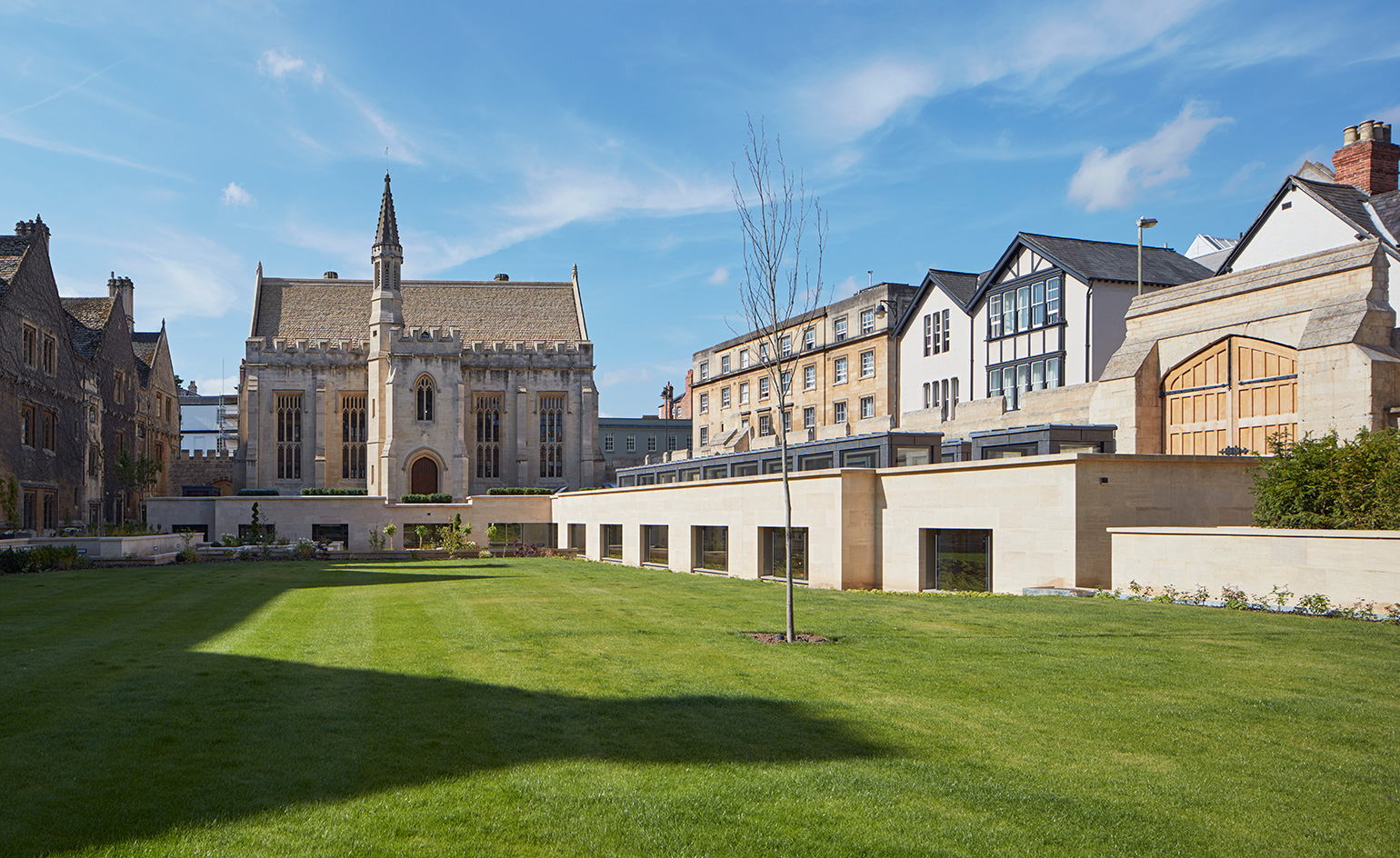 ‘Scott had altered the building so much that we could gut the inside,’ says Clare Wright, founding partner of Wright & Wright. So the Camden-based firm built a free-standing, three-storey oak structure in the building, a ‘room-within-a-room’ technique they had used at the Women’s Library in east London. ‘We really like playing off the old fabric of a building,’ Wright adds. 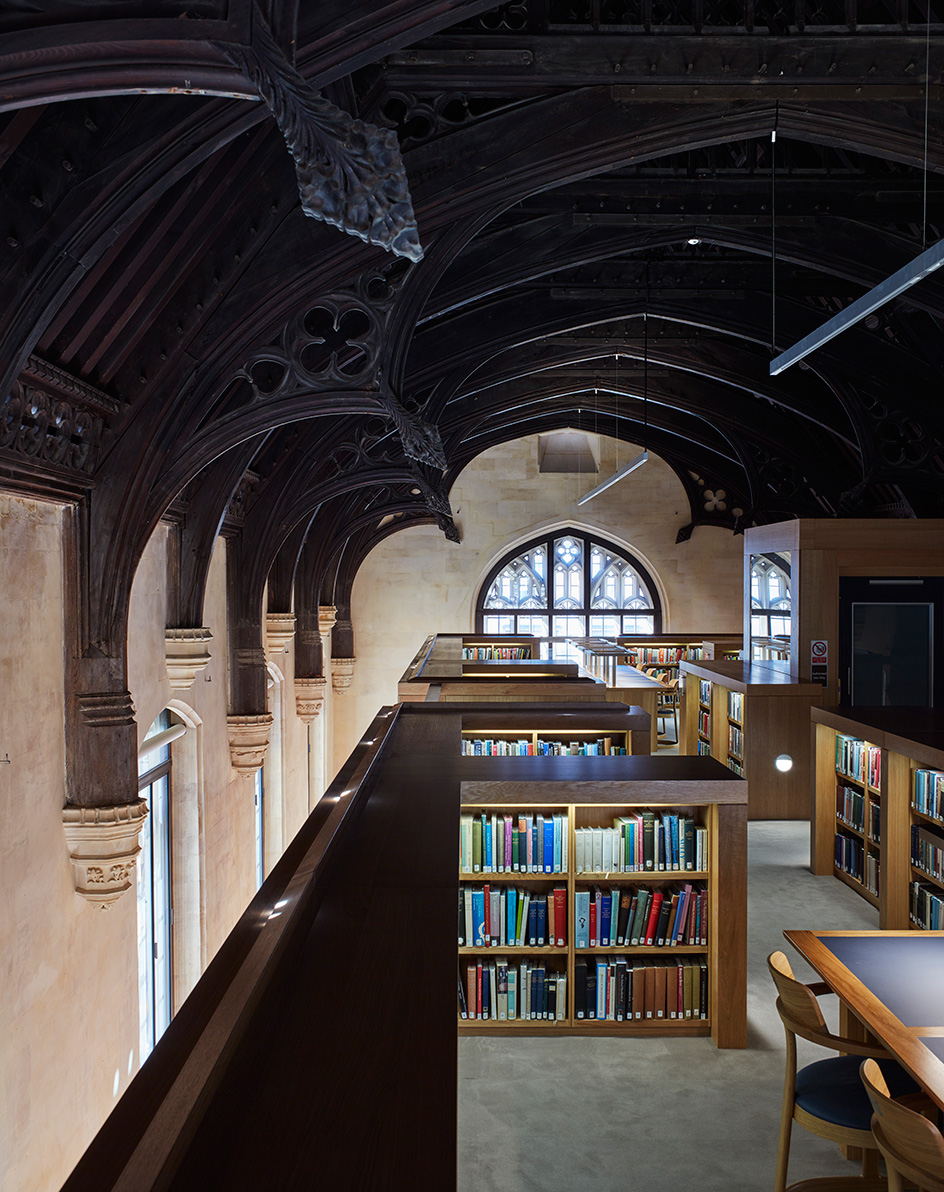 Meanwhile, much-improved administrative offices and another reading room are housed in the lower ground extension that sits beneath the school hall building and runs in an L-shape along one side of Longwall Quadrangle. Natural light is delivered via roof lights and from big windows that look out onto the newly-landscaped garden. The garden’s wide steps, which double as seating on sunny days, encourage students to break with centuries of tradition and cut diagonally across the lawn. 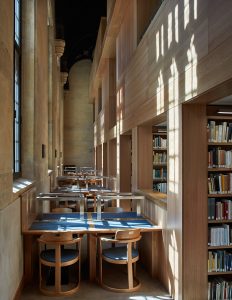 The new library spaces are decked out with Barber & Osgerby chairs, designed in 2014 for the Bodleian Libraries. Desks were designed by Wright & Wright and complement B&O’s seating, with their blue linoleum tops. The architects were also responsible for the design of the robust-looking reading lamps. With the workstations and Allermuir ‘Open Lounge’ seating for the less formal areas, the library can now accommodate 120 students.

Through this £10.5m project, one of Magdalen College’s unloved corners has been turned into one of its most popular spots.

How to add warmth to a mostly minimalist...

Will Covid- 19 change the future of building...

BiKBBI calls upon the industry to take action...

10 ways to create storage with a loft...