Wrightstyle in the pink at Bracken House

The former and future home of the Financial Times newspaper is being renovated to provide 270,000 sq ft of Grade A office space, complete with a walkable large-span glass roof designed and supplied by Wrightstyle, one of Europe’s leading advanced glazing systems companies.

Bracken House is a Grade II Listed office building, originally built between 1955 and 1958, and lies adjacent to the St Paul’s Cathedral Conservation Area of the City of London, and was home to the Financial Times until the mid-1980s. 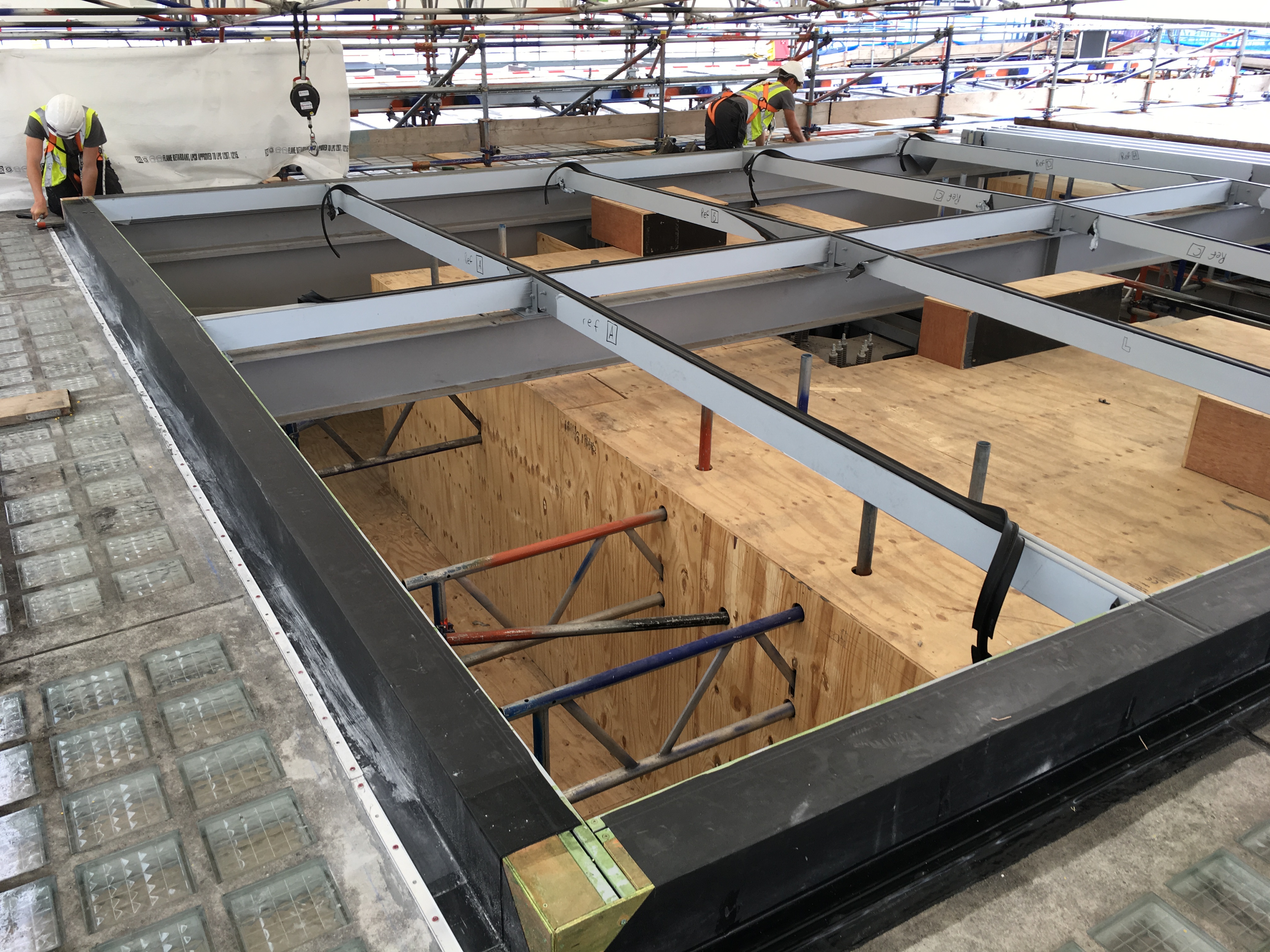 The sensitive renovation will retain the building’s pink sandstone cladding, an allusion to the colour of the FT’s pages, as well as the astronomical clock over the main entrance, which features the face of Sir Winston Churchill, a personal friend of Bernard Bracken, a former chairman of the Financial Times.

The structurally glazed roof light has been completed using Wrightstyle’s SR60140-2 and SR60140-4 profiles for the rafters and purlins, and the company also supplied two full-size test pieces before the main project design was signed off.

The access-only roof glazing was comprehensively weather tested and underwent a TN67 test, in which weights are dropped onto the glass to ensure the safety of anyone walking on it.  Wrightstyle supplied to Wilde Contracts Ltd, part of the Roger Wilde Group, specialists in glass flooring, who also carried out pre-contract testing.

In a twist of history, it’s been announced the Financial Times will move back to Bracken House next year after almost 30 years since relocating to Southwark. 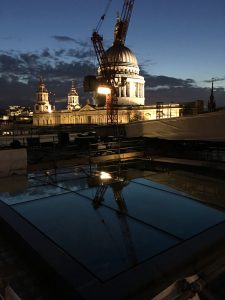 In 1987, Bracken House became the first post-war building in England to be given listed status.

“Wrightstyle systems are renowned for their robust integrity, and have been specified on other roof light projects, both here and overseas – for example on a recent major banking headquarters in Hong Kong,” said Denis Wright, Wrightstyle’s chairman.

“We were delighted to work with Roger Wilde on this project which once again underlines the specialist nature of the advanced glazing market, and how our systems are being specified internationally,” he said.

Main contractor for the Bracken House project is the McLaren Group.